Setlist: Something Real, Tangling, Real You, Unengaged, Saving Grace, Shake It Off, Naturally

I can feel so incredibly self-conscious when I’m playing slow songs. Maybe that’s why I tend to speed up so many tempos early in the life of my songs. Case and point – “Something Real” and “Tangling,” which felt impossibly sparse as I was playing them and on re-listen sound just find. “Tangling,” especially, almost never retains its tempo throughout, and most old CK recordings at it are nearly twice as fast as this one.

“Real You” is a unique one in almost every respect – the acoustic hard-rocking, the singing style, the half-open discordant barres. It’s one of my loudest songs straight-through, with the exception of the first line in the bridge. I’ve never seen myself play it before, nor have I played it through compression before. What a difference! I have some work to do to strengthen my chest to falsetto transition on the choruses.

You’re going to keep seeing more of “Saving Grace” and “Shake It Off,” the latter because I am going to keep playing it until I get it right, the former because it’s nearly in the same tuning and also one of EV’s favorites. I’m getting closer to remembering how to play “Saving Grace” in that original tuning.

I write crazy bridges. This is fact. I manage to cobble together something resembling the right thing in “Unengaged” by focusing on getting the roots right, but I’m totally lost for two whole minutes in “Naturally” before I find the roots again (although if you hang in there I kind of sort of get there eventually and manage to finish the song).

It’s a shame, since otherwise it was a solid first recording of an impossibly hard-to-play song I’ve been rehearsing for six years now. I suspect you’ll be seeing more of it in the near future.

But, seriously, how amazing is my hair in this video?

I originally wrote “Saving Grace” at the piano (it was pretty much the first thing I did when we walked in the door from our honeymoon), and when I finally translated it to guitar it was in the peculiar tuning of CADGCC. I still prefer the chord voicings there, but when we brought it to Arcati Crisis it didn’t make sense for me to always retune for just one song, so I figured out the equivalent chords in standard tuning.

One of the many downfalls of constant returning – especially retuning with such slack strings, is that even if your guitar sounds find on an open strum that the intonation might go a little sour higher on the next. If you see me wincing through “Saving Grace” and “Shake It Off” here, it’s because somewhere in the 7-9th fret neighborhood I heard something a little wonky.

(Also, as I mention in the stream, this is my first time ever hearing a soundboard quality “Shake It Off” played back not just through monitors, which is pretty crazy considering I wrote it back in 2009.)

“Picture Window” is another song I wrote first on piano and then translated, although I think the guitar version has nearly replaced the original for me at this point. “Wilted” is an older tune that’s a particular favorite of E’s – I was a little confused about the placement of the slides up the neck for about halfway through the song. Such is rehearsal.

That brings us to my current wrestling match, “Ugly Americans.” On day eight of its life in public it’s getting nearer to a final state, though there are still a few too many words crowding some of the triplets. It’s literally been over a decade since I’ve worked out a new song in public like this, and while it’s terrifying it also feels good to be back to my roots. The fear will fade.

I intended to follow that with an oldie, “Hold On Me,” and then some grand finalé – which I intended to be “Better” (which, crazily, I’ve never recorded solo!) but would probably result in EV yelling for “Status Quo” and me acquiescing.

Good news: I figured out how to do it with soundboard quality audio and, most importantly when it comes to my personal dynamic range, compression.

Bad news: I chose Tuesday night to stream, and the election internet traffic (combined with some router issues) slowed the broadcast to a crawl at points. So, this isn’t too fun to watch, but it’s a solid listen!

Setlist: Dirigible, My Heart (written by long-time blog buddy Jett Superior), Are You, End With Me, Curves Sketched In Letters, Regenerate, Ruiner, Message

Just a few this week, since I’m already focused on improving the audio and video quality for next time.

This is one of my first live runs through “Dirigible,” a deeply weird song that is what happens when I try to write like Gina does for Arcati Crisis. It’s about hot-air ballooning over a world covered in water, maybe figuratively or maybe literally. It’s still a little shaky, but I’m getting close to it being able to hold its own.

It’s also maybe my first internet play-through of “Message,” a song that I love and that we briefly worked up for the band. It’s actually maybe written by Madonna, but in a dream, so you can’t possibly serve me with a DMCA notice about it. I’ll write a better story about it when I have a better video of it, but you can hear it all in the recording. I have some timing issues playing it here without the band, but I think the vocal is pretty strong.

“My Heart” and “Are You” are both returned from many years on ice, although I play the former a lot just because it’s fun to sing. “End With Me” and “Curves Sketched In Letters” are, of course, my twin songs from Eric Smith’s Textual Healing, which have become setlist staples. There’s another song from those writing sessions I’ve never played before – perhaps it will make an appearance soon!
Also? I don’t ever want to play “Regenerate” without compression again. What a difference it makes on a song like that that goes from my lower chest range up to a belt at the top of my mixed voice.

Setlist: Shake It Of w/Shake Your Body Down (to the ground), A Few Bars of Goodbye, Saving Grace, a totally off-the-cuff and unrehearsed cover of Lady Gaga’s Million Reasons, Bucket Seat, Saving Grace, and a special encore duet with EV on We Are The Crystal Gems (the theme from Steven Universe) 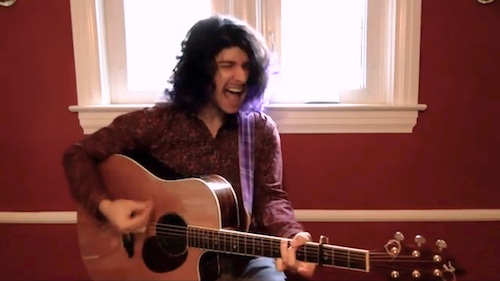 With my first solo performance in a LONG time under my belt two weekends ago, I’m starting to get a feel for my solo repertoire again.

For me the standout here is “Status Quo.” I invoked it in this year’s anniversary post, and this is one of the strongest versions of it I’ve performed. It has all sorts of extra ornamentation I’ve never done before. Definitely wish I had that one in studio quality!

“Shake It Off” was a decent rendition, and I’m starting to get the muscle back to pull off three whole minutes of those hammers (seriously, it’s a workout).

I was really focused on keeping “A Few Bars of Goodbye” on the slower side since I tend to gain speed on songs in 3, but the tempo focus distracted me from some of the lyrics. That said, it’s great to hear it at the right speed (and I got the final chord right)!

“Million Reasons” was a bit of a train-wreck, but that’s the fun of doing this live and not as some big studio project where such things would never sneak through. Early Trios featured plenty of beautiful wrecks. I need to take the key slightly up from there to get to a better place in my range for sustained notes – you can hear how much trouble I’m having with breath management. It’s a statement to how damn good the song is that the quality still shows through my shaky performance.

As for the pair of Arcati Crisis songs, “Saving Grace” and “Bucket Seat,” I’ll simply say the transition to doing that material sans the incomparable Zina on drums hasn’t been the easiest.

FB Live presented an interesting technical challenge, because FB offers nary a means of broadcasting video from a desktop device. I tried for a few weeks by using my phone, but discovered that the cap on its WiFi upstreaming capabilities meant that live music just didn’t sound great.

After a bit of research, I found a magnificent walkthrough on JoelComm.com that explained desktop-based streaming and even included an applet to generate your streaming key! Once I installed the excellent open-source software OBS I was ready to stream (the next best solution is hundreds of dollars).

The next hurdle is achieving studio-quality sound. The sheer volume of me clips any standard cellphone or laptop mic, plus those mics aren’t great with dealing with reflections and echo and can make even the most pitch-conscious singer (which I am not) seem out of tune. Unfortunately, OBS doesn’t play very nicely with my studio setup, or else this would already be a solved problem. It’s a work in progress. 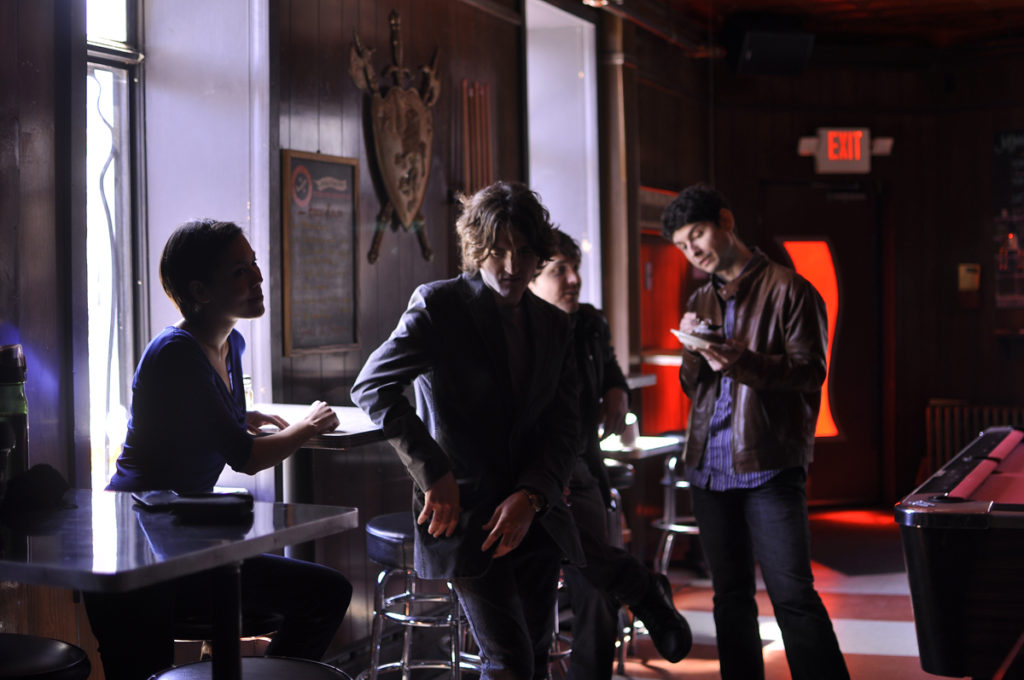