Given that my to-read pile of graphic novels is currently a nine-month backlog and my to-play pile of new games is at least six boxes deep, I thought it might not be a terrible idea to highlight things I receive from Kickstarter as they roll in, rather than whenever I get around to reviewing them. 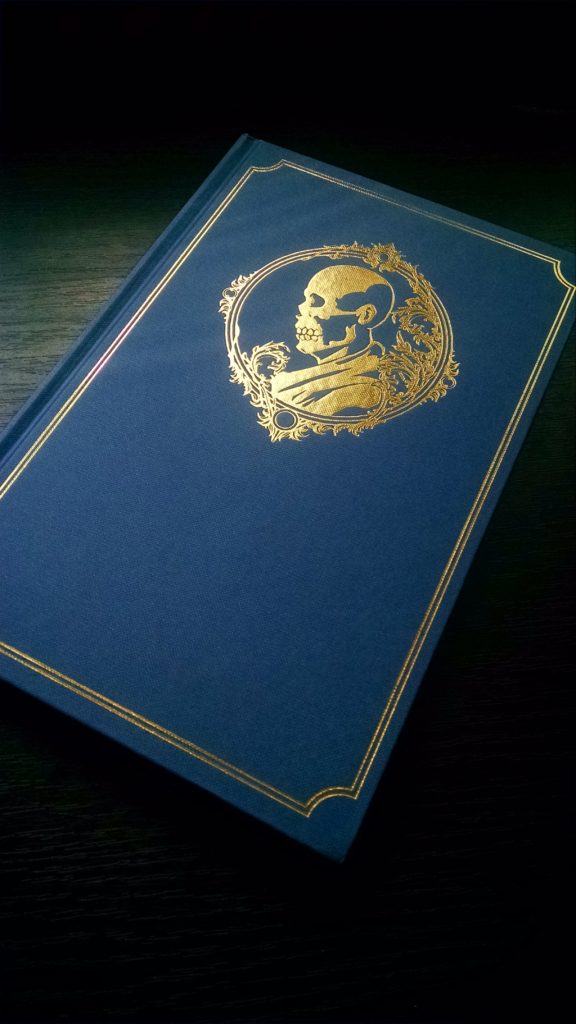 Steve Lichman, Vol. 1 arrived a few weeks ago, and I must admit I had completely forgotten it existed since the Kickstarter campaign closed in October.

It only added to my confusion that the padded envelope I opened contained a cloth-bound hardcover book the size and heft of a novel with a skeleton debossed onto the cover in gold foil. Had I pledged to support a horror anthology?

In fact, this tome was a graphic novel – quite literally the nicest graphic novel I think I’ve ever received out of my collection of thousands of books. It has all of the external trappings of a beautiful signed-and-numbered 1st edition novel (mine is #5,518) and the paper and reproduction quality of a professionally produced comic collection – all for less than Marvel charges for a crap-quality six-issue trade paperback.

That means creators Dave Rapoza & Dan Warren self-published a literal 250 pages of comic all in one go. Given that the history of Kickstarter is littered with the failed projects of similarly ambitious creators, the quality of this project (and it hitting 1000% of its funding goal) makes more sense when you learn that Rapoza is a professional illustrator who works with client IP like Bethesda (Fallout, Elder Scrolls), Hasbro, and Blizzard (Warcraft), and on concept art for films like the new Teenage Mutant Ninja Turtles.

It’s hard to explain exactly what it’s about. I guess it’s It’s sort of like Seinfeld if Jerry was a Lich and George was Dracula and their apartment was a dungeon? I don’t know, I’m an old, you can probably think of a better sitcom analogy than that after you read a lengthy preview of Steve Lichman on Rapoza’s site. Here’s their Kickstarter video:

As for how I found about this project or why I pledged… I’ll get back to you on that one. It literally doesn’t ring a single bell, and I can’t find mention of it on any of the comic sites I frequent. This might have literally been a blind pledge from browsing the Kickstarter comics section, and it could not have possibly turned out to be a better choice!

Here’s another pair of photos of their marvelous book! I’ve loved the humor first few pages and the illustrations are consistently great, so I’m looking forward to digging into this further when I dig deep enough into my to-read pile. 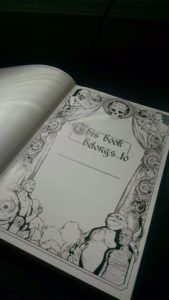 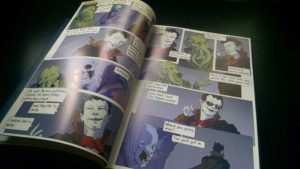