A comprehensive guide to line-wide DC Events – including story overviews, characters, issue lists, and how they can be read via omnibuses, hardcovers, and trade paperbacks. Part of Crushing Krisis’s Crushing Comics. Last updated March 2017 with titles scheduled for release through October 2017.

It’s a word inextricably linked with DC Comics ever since their landmark 1985 series Crisis on Infinite Earths, the birth over three decades of sprawling, line-wide events that often keep the promise that “nothing will ever be the same.”

That’s because the biggest of DC’s big events are borne out of necessity. They often are charged with a very practical storytelling goal.

Most fans know that Crisis merged myriad competing versions of heroes and continuity down to a single set by its end in 1986, resulting in historic relaunches of Wonder Woman and Superman and the landmark Batman: Year One story. What many don’t realize is that it also brought characters whose rights DC acquired into the fold – such as Blue Beetle and The Question.

Despite Marvel beating DC to the “special event” punch with 1984’s Secret Wars, Crisis’s scope was something altogether different. It touched every ongoing title, all of which coordinated back to the spine of the event series.

After the mega success of the epic Crisis, DC produced slightly more mortal-sized events in the late 80s and early 90s, including two of the biggest direct crossovers ever executed in comics – The Death of Superman and Batman: Knightfall.

They were back to their timeline-shaking shenanigans with Zero Hour in 1994, and again in the 2000s with Infinite Crisis, Final Crisis, Flashpoint, Convergence, and Rebirth – all while innovating with the idea of weekly-series unfolding in near real-time with Trinity, 52, Countdown, and Brightest Day. 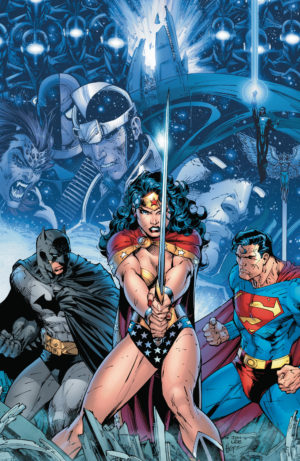 While a casual fan might look at these universe-redefining events and assume something to be very broken about the DC Universe’s mode of storytelling, over the years they have proven to be a sign of its resilience.

DC has never made the same promise as Marvel – that every story in a main title is permanently in-continuity. DC phases story concepts in and out of canon when its convenient, and in the process maintains their iconic characters and creates bigger, more sensational events that aren’t weighed down by the accumulated drag of permanent continuity.

They’re also not afraid to experiment with alternate versions of characters and newly licensed universes that – if successful – get folded into the main narrative. (They’ve done it with characters from Charleston, Milestone, and Wildstorm.) END_OF_DOCUMENT_TOKEN_TO_BE_REPLACED