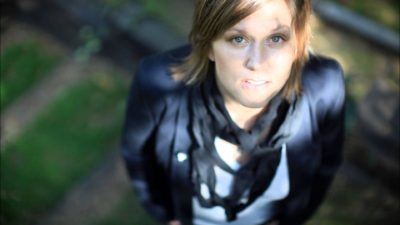 This story starts in 1998. I don’t think Garrison Starr had written “Five Minutes” back then, but that when I first saw her play a live acoustic set in HMV on Walnut Street the day of my Junior Prom with my friends Ayelet and Susan.

I had been listening to Starr’s Eighteen Over Me ever since hearing “Superhero” play once on a local record station. It loved its framework of acoustic guitars with a heaping of heavy, squalling electrics on top. It made me feel like the music I had begun to write on my own acoustic guitar could transform into something bigger.

I desperately hunted for any other songs by her, including her 24/7 disc of promotional songs, and her indie Stupid Girl EP that I had to beg Mother of Krisis to let me order from the internet. (It was 1998 ! We couldn’t use credit cards on the internet, heaven forbid!)

Then, one random day while I was sitting in my dorm room in the spring of 2000, Garrison’s name popped up on MP3.com (remember that?) next to new music. It was an EP called Something To Hold You Over [now only available on iTunes], filled with seven songs that showed a clear progression in her songwriting. Some, like “I Can’t Wait” and “Take It Back” were fully produced and hinted at another LP with a massive sound. Others were just acoustic guitar and voice. 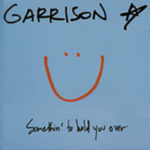 One of those songs was “Five Minutes.” It hit me like a punch in the gut.

To say that I wore out this EP (which was eventually available to buy in physical form) is an understatement. I have the rhythm of the pick scrapes from “5 Minutes” seared into my brain. It’s one of the first songs I ever made up my own harmony to sing along with! I saw her play it live a year later with my friend Hillary (the first time I did not have to bribe my mother or a family friend to take me to see her at a 21+ venue), and I remember thinking as she thunked that first chord on her Martin acoustic guitar, “That is what an F should sound like every time.”

I can’t find that initial acoustic version on the internet, but you can still hear it – which is what brings us to 2002. Garrison Star released her second proper full-length record, the slightly country-tinged Songs From Take-Off to Landing. “5 Minutes” was the only song from Hold You Over to graduate to this disc, and after ten nude seconds of the acoustic EP version a full band slams into motion tracked directly on top of the original performance.

(They remembered to leave some room for my harmony.)

I will always be a fan of Garrison Starr. I’ve seen her many times since that first Junior Prom Day show almost 20 years ago and beamed with pride as she’s placed songs in movies and co-written with some of my favorite songwriters. I admire that she is still a performing songwriter after all these years andI own every one of her records.

She has never once put out a bad one.

I highly encourage you to follow her on Twitter, check out her discography, and listen to her band, Silent War.