My newest guide for all Patreon supporters of Crushing Krisis is for one of Marvel’s newest characters to hold down her own solo title – two of them, in fact! In my humble opinion, hers are the finest all-ages comics Marvel has produced in their main 616 continuity in the past decade and I absolutely treasure the memories of reading them for the first time with my daughter. She’s not quite the same as her MCU sibling, nor is she quite the hero you might expect her to be. It’s my brand new Guide to Unstoppable Wasp, Nadia van Dyne! 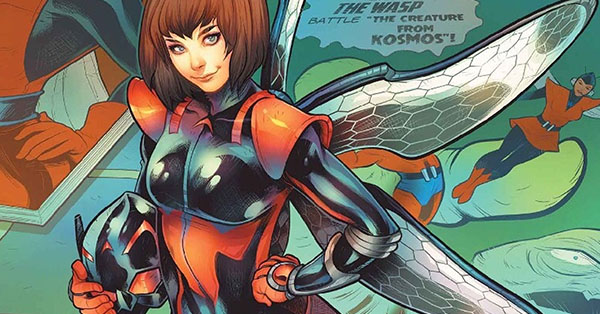 Nadia van Dyne was one of many Legacy characters introduced to take up classic heroic mantles in All-New All-Different Marvel in 2016.

At the time, it was obvious that Marvel’s editors wanted to replace the entire Avengers starting line-up with newer versions, even if they weren’t currently Avengers- Sam Wilson as Cap, Jane Foster as Thor, Riri Williams as Ironheart, Scott Lang as Ant-Man, and Amadeus Cho as Hulk (plus Kamala Khan as Ms. Marvel, Miles Morales as Spider-Man, and Sam Alexander as Nova, for good measure).

There’s only one founding Avenger missing from that line-up – The Wasp!

The tricky thing about that plan is that Marvel had brought back the original Wasp, Janet van Dyne, in the pages of Uncanny Avengers just as they had finished sweeping aside Steve Rogers, Odinson, Tony Stark, Hank Pym, and Bruce Banner to make way for their new cast of Legacy Heroes.

Oh, and one more complication: Marvel had just introduced a Wasp in the MCU, but she was Hank Pym’s & Janet van Dyne’s grown-up daughter. They couldn’t replicate that in the comics… could they?