Gather ’round, readers, for a tale of unfortunate diary explosions, precarious Wellington roads, and one very ill-advised decision to put a LEGO set in the oven that nearly ruined Solstice.

For the record: Do not put your LEGO set in the oven. If you take nothing else away from this story of disaster and triumph, please take to heart this single important lesson. Do. Not. Bake. Lego. 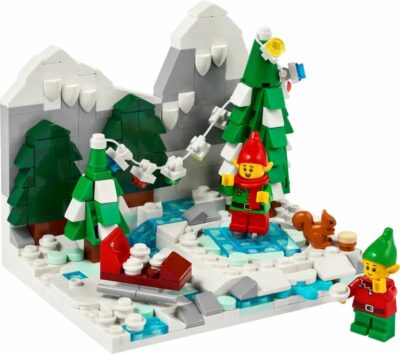 Little did these poor, innocent elves know what Solstice would have in store for them.

Picture it: It’s the morning of Summer Solstice. There are a pile of presents under a tree acting as symbol of multiple different holidays. We’ve just finished having a delightful breakfast of gingerbread muffins and have opened all of the windows because it is the hottest day of the season so far.

(December holidays can be very confusing in the Southern Hemisphere for a Philly kid used to wishing for a White Christmas, which is why we have leaned into celebrating the change in seasons like Pagans with a Saturnalia festival spanning from Solstice to Christmas.)

It was an ideal holiday morning. The kid had just opened her first gift, which was LEGO’s special 2022 free holiday gift set: a diorama of a pair of elves in snowy landscape.

We picked it as the first present not only because she loves LEGO, but because it was part of our Saturnalian theme. No, not human sacrifice. You see, because I am an obsessive dungeon master who can only celebrate things like Bachelorette Parties if I turn them into day-long, city-spanning alternate realty games, I can’t just put presents under a tree with normal “To / From” labels on them.

No. That takes the mystery out of things.

Instead, our Solstice gift-giving is a double-blind process. Every time anyone in the family wraps a present, they reserve a random number for that gift on a shared spreadsheet. Then, starting on Solstice and continuing through Boxing Day, we periodically reveal gift numbers to each other and it is the kid’s job to play Holiday Elf and find said numbered gift in the ever-decreasing spread of presents and deliver it to its intended recipient

The LEGO was a commemoration of her official role of Holiday Elf. It was the kickoff gift to our whole holiday festival.

And that’s where things started to go wrong.

The kid had dumped her LEGO into the middle of the floor to begin working on bag #1. I had made myself a peppermint milk in my home sippy-cup, because I am disaster-prone and cannot be trusted with an open container even in my own home.

(As will become evident in a moment.)

I attempted to hopscotch through the splayed-out LEGO to take a seat closer to the tree so I could watch the assembly process. During my incredibly graceful leaping, my grip on my sippy-cup slipped upward towards the lid. Unbeknownst to me, I hadn’t lined up the lid with the threads of the cup, so the connection between the two was tenuous at best. The combination of holding the cup by the lid and my hopscotching sent a half a liter of peppermint milk plummeting to the ground, where it struck DIRECTLY in the middle of the brand new LEGO kit like a minty dairy bomb and spread to cover the entire carpeted path to the tree.

This sent various family members springing into action. Well, the kid mostly sprung into whinging, which was totally justified based on me dunking her entire first gift as if it was a holiday Oreo.

(That joke wouldn’t work for a New Zealand audience, because they don’t dunk their cookies in milk here, but that’s a whole other post entirely.)

I bustled across the house to find supplies to begin the long process of making sure our carpet wouldn’t smell like spoilt milk for eternity. Meanwhile, E and the kid attended to scooping all of the milky LEGO into a fine strainer to whisked away to be rinsed off in the kitchen sink.

By the time I was done with my extensive soaking up, soaping, soaking up again, and-dehumidifying process there was no resumed LEGO-ing but the kitchen was suspiciously quiet. I poked my head in.

“Are the LEGO still drying?” I asked

“Cool. It’ll probably take a while for the water to drain out of all the little nooks and crannies.”

“Oh, don’t worry, I put the LEGO in the oven.” END_OF_DOCUMENT_TOKEN_TO_BE_REPLACED

That public holiday is Matariki, which marks the beginning of the Māori lunar new year here in Aotearoa New Zealand. It is a holiday that predates British colonization of Aotearoa, marked by the first rising of the Matariki cluster of stars – known elsewhere in the world as Pleiades or “The Seven Sisters.” 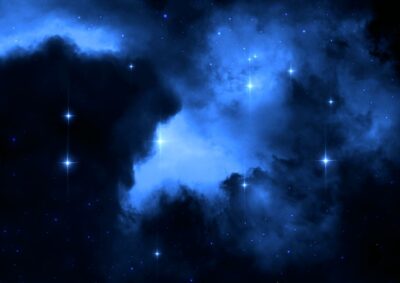 Image by Snepter from Pixabay

Fun fact: In Japan, it is called “Subaru”!

Ironically, if we were still living in America, we would’ve had this experience a year earlier, with the introduction of Juneteenth in 2021 just a week prior to the earliest of Matariki dates (which shift each year, since they are based on the lunar calendar).

When we first arrived in New Zealand, it was to a commonwealth country who celebrated the Queen’s Birthday as well as the traditional Guy Fawkes Night with a major late-spring fireworks display.

While it was fun to get to witness that spectacle for the first time from atop a windy cliff face near our old home (now populated with a new cookie cutter houses), even as new immigrants we sensed that celebrating a thwarted assassination of a British king was an odd fit for the one “4th of July” style holiday celebration of the year.

Luckily, we got to learn about Matariki the next year through the then-4YO’s kindergarten. This is something that I’ve found to be common to many immigrant experiences here in Wellington. Kindergartens – or “little schools,” as they’re often called here – often rely on a foundation of cultural education that trickles up to parents who might not learn it. That’s especially true if the parents are pakeha (i.e., white European), who are busying themselves with integrating into a society of other older pakeha who grew up in a time where educated rooted in Māori tradition was eschewed.

Little School is how we learned about Matariki, how we came to understand that saying karakia or singing waiata were not prayers to a specific god in the sense I understood (and reviled) from America’s separation of church and state, about the traditional cloak of Korowai, and about how sitting on tables is tapu.

All of those elements came together for the kid’s first Matariki celebration at Little School, which included all of those elements in a special evening session. While other kids volunteered their favorite traditional waiata, our 4YO insisted E and I join her in a trio rendition of “On the Run” from Steven Universe.

Yet, as weird as her request was, it was celebrated by the entire class, who were happy to hear her sing a song with her family that mattered to her.

That indelible memory of the celebration and inclusion of Matariki stuck in our minds, which is why it stuck out when Jacinda Ardern’s Labor party added making Matariki an official public holiday to their platform for the 2020 national election – which they won with a clear majority.

Of course, Americans living in America got to have this same experience last year, with Juneteenth! Americans around my age and younger tend to assume that holidays always have been and always will be because we don’t recall how they’re just days that the Federal government decided to turn into observances.

That explains some of the surprise around Juneteenth becoming an officially-recognized holiday last year – the first new one in America since Martin Luther King day in 1983. But Memorial Day was only fixed to a specific day in 1971, and even Thanksgiving wasn’t pinned to a standard 4th Thursday of November until 1942!

I’m thankful that we have been in New Zealand to experience the birth of this new holiday together as a family. I’m also thankful to be alive to witness New Zealand adopting an indigenous holiday at the same time American codifies a holiday celebrating emancipation and African-American culture.

I especially love that one of the themes of Matariki “celebrate the present.” 2022 was the perfect year for me to celebrate that for the first time, as more than ever before I am focused each day on what I am doing to be a better person in the world creating moments worth remembering.

I think today might represent the most remarkable cultural difference we’ve experienced so far in our three months of living in Wellington.

What’s so remarkable? That today is completely unremarkable, aside from the stunning weather.

Of course, living in the states, this day is Black Friday – a day (and term) invented in Philadelphia. A day that’s ostensibly about the convenience of so many people having off (unless they work retail), but has metastasized into 30hrs of capitalist frenzy to get rock bottom prices on things you may or may not have any practical use for in your life or budget to buy but suddenly must acquire because Christmas or something.

I tended to batten down the hatches on Black Friday and keep them sealed until the entire Christmas shopping season has passed. Why risk going anywhere and getting sucked into the capitalist vortex of deal-seeking shoppers?

Shopping on Black Friday is a thing here, but there are few readily visible indications of that. It comes with only a modest sales uptick on the order of 30% over the previous week, which owes at least in part to the fact that the majority people are actually at work here on this utterly normal, beautiful day.

With the lack of a push behind the retail holiday, there’s also a commensurate lack of a sense of the holiday season having suddenly begun. Christmas decorations haven’t suddenly appeared in every business and on every house’s facade.

There are other, trickle-down effects of not having Thanksgiving and Black Friday to kick off the official holiday season. Here, Christmas retail kicked off on November 1st with relatively little fuss. I would say, “the day after Halloween,” but that’s also not really a thing here. Our nearest neighbor advised us that if EV6 dressed up they would find some candy to give her, but no one else in the neighborhood would have any.

That’s not just our neighborhood. We were out and about for the day and did not witness a single costume and nary a pop-up shop in the preceding weeks. Despite being an ostensible global holiday, Halloween is uncelebrated enough by Kiwis that each year there are Very Serious articles written about Trick-or-Treating and if it should be embraced or rejected.

(From the rejected side of the debate: “it is a repugnant excuse of a holiday, dripping in slimy American commercialisation.”)

Even as someone who doesn’t personally partake in Black Friday or Halloween, their effective cultural absence leads to a queer void in my perception of passing time. Sure, the nationwide NZ Secret Santa began on November 6th, but without the unavoidable drumbeat of those twin poles of autumnal capitalist frenzy I hardly believe the end of the year is approaching – which isn’t aided by the fact that today is the most gorgeous one we’ve seen in three months of living here.

The cumulative effect is that I find that I’m not dreading December here the way I did in the states. Yes, I’m sure people will be busy with holiday plans and parties. Christmas on the beach is a thing; after all, it will be summer here. There’s simply not the sense of stepping out of Thanksgiving to fall into a month-long unrelenting blizzard of blaring holiday music about Santa and snow.

Black Friday might bear all of that weight back in the states, but here it is jut another day.