It’s a slang term for overlooked, forgotten, or ignored and I feel like it describes at least half of my record collection. 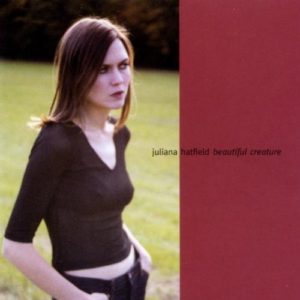 Juliana Hatfield’s Beautiful Creature was slept on. Criminally. I almost slept through it, actually. I acquired it in the spring of 2000 from a basket of unreviewed promo records during a day apprenticing at Philly Weekly on assignment for my first journalism course. “Take whatever you want,” they said.

I vaguely knew who Juliana Hatfield was because of one of her two breakthrough hits, the peculiar 5/4 ode to kissing in the closet, “Spin the Bottle.”

Somehow she had escaped my omnivorous appetite for 90s women in rock, which is a sad confirmation of how slept on she was already before releasing this LP. I saw the cardboard sleeve for Beautiful Creature (paired with her harder rock record, Total System Failure) in the review copies bin and thought it would be worth a listen.

A few months later, and it was an LP I was plugging in several of CK’s earliest posts. It’s a perfect blend of Hatfield’s 90s rock bonafides with a late-Beatles acoustic simplicity she had left behind to get increasingly grungy.

“Easy Way Out” is a song that’s more on the grungy side, a riff-heavy rock tune that betrays the heaviness that Hatfield tried to constrain to Total System Failure but keeps the focus on irresistible melody.

It also keeps up Hatfield’s habit of being just as ribald and rude as the boys of rock in her songs while still cutting to the bone. Her last effort, Bed, was all about sleeping around, and this disc is all about love and drugs. “And he cries like a girl,” she yells in the refrain. “And he lies to the world. And the hate and the guilt and the pills – it’s an easy way out.” 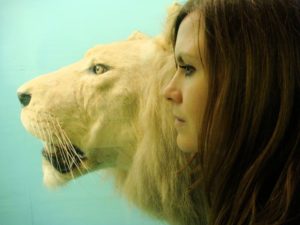 I kept lending Beautiful Creature and putting it on mix tapes for years. I tried to convince acappella groups to cover its songs as late as 2007. I kept on waiting for it to break through, for Hatfield’s unrecognized genius to be acknowledged by everyone I knew.

Fifteen years later and I guess it’s probably not going to happen for Beautiful Creature. I can’t even call it Hatfield’s best album, because the ones that came before and after it are equally amazing. Yet, it’s this one that remains one of my favorite LPs of all time, and since its release I have become convinced that Juliana Hatfield is one of the best performing songwriters working in America today.

If I get a day to linger in the year 2000, the year of Crushing Krisis’s birth, you can be sure I’m going to spend a portion of it lingering on Juliana Hatfield.

You don’t have to take my word for it – stream it for free right now if you have Amazon Prime.