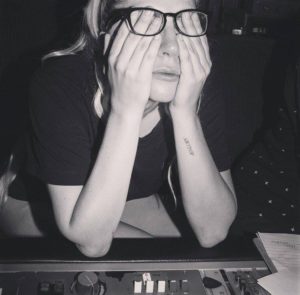 We’re just two songs away from the end of my song-by-song essays on Joanne, which means we’re also only three days away from an explosion of music and comics content in November!

This is the end, my friends.

Well, not really, because the deluxe edition of this LP includes a pair of bonus tracks, but this is it for the actual track-listing.

“Angel Down” is Lady Gaga’s most on-the-nose social commentary to date, reportedly written in response to Trayvon Martin’s murder in 2012 (which might indicate that this song missed the cut for Artpop).

The song has a grand melody that’s half hymnal, half Friday night drinking song. It’s honestly one of her most distinct – especially the climb on the major seventh chord in the chorus.

Gaga and her collaborators don’t quite seem to know what to do with this bold-voiced but reflective track. It’s scored with big block piano chords, moaning guitar swells, and delicate peals of harp. Gaga sings with a broad, chesty voice that hints at Ethel Merman over occasional wheezes of electronic drums.

The elements pass by in fits and starts, never coalescing into a memorable gestalt. The final song sounds as much like a demo as the “Work Tape” on the Deluxe edition of the album. The Work Tape version sounds much closer to “Million Reasons” – in effect, awesome. Given Gaga’s intent to show many different facets of herself on Joanne I get the avoidance of repeating the same sonic palette, but she did the song a disservice with the actual treatment.

The first verse struggles in the vague, metaphorical area where many of the more sincere songs on the disc dwell, but a strong chorus lifts it out of the muddle. Ultimately the song is only composed of four couplets, further reinforcing it’s hymnal qualities- a unique pair in each verse, a repeated verse refrain, and a chorus. It’s the second verse – the last original lines on the disc – where Gaga finally seems to figure out how to make the vague into something universal, elevating the entire song by association.

Doesn’t everyone belong in the arms of the sacred?
Why do we pretend we’re wrong? Has our young courage faded?

Shots were fired on the street by the church where we used to meet
Angel down, angel down. Why do people just stand around?

On the whole, “Angel Down” is a missed opportunity to show off something memorable, and it’s all down to the arrangement. Given its hymn-like quality, the church references, I feel like “Angel Down” begging for is somber brass arrangement a la New Orleans Jazz or even Louis Armstrong. It’s a chance to connect the country theme of Joanne to Cheek to Cheek to show that Lady Gaga’s transformation here is not so sudden.