Yes, I know that the interpretation of art is in the eye of the beholder, and just as we look to coincidences in the world as the sign of supernatural guidance we can also believe in the kismet of a song that perfectly describes a situation in our lives. A good song should do and be that.

Yet, I think some songs – the best songs – are something more, because they so perfectly describe a future they have not yet glimpsed.

I have a song called “A Few Bars of Goodbye” that has maintained its favorite over the past fifteen years, with E, Gina, and now EV counting themselves as fans. I wrote the song as a project for a songwriting class at Drexel. It wasn’t based in life at all, but on trying to tell a complete narrative through imagery. It’s the story of a young couple – a career girl and a cool rock boy, who is blithe to the fact that she’s isn’t getting anything she needs from their relationship.

This is the third verse:

Yes it’s hard! You know it’s hard for her to do it
And she wishes she didn’t have a 9-to-5 grind
But while she’s out there in the real world
She wonders where he’s been spending his time
Wrapped up in his chords? Trying to write the next killer line?

I’ve never identified with the song before this year, because E and I have always had a (more than) 9-to-5 grind plus our own passion projects. Being at home with EV focused solely on the twin passion projects of this blog and my music makes those lyrics uncomfortably close to home. Now I am the one spending the day wrapped up in my chords and trying to write the next killer line, and I expend so much time, effort, and communication trying to ensure E and I don’t share the same fate as the couple in this song.

“Dying Is Fine” was one of the earliest songs written by Ra Ra Riot, and it’s among their best. An insectile frenzy of strings dissipates to reveal a disco backbeat and a simple four-note guitar line, backed by a swirling liquid bed of violin and cello.

I love that juxtaposition of elements, along with Wes Miles’s slightly stuffy-nosed baritone vocals. Every aspect of the song fights against the others, creating a push-pulling against your ears until a bridge unifies all the instruments into a building crescendo. Afterwards, the chorus comes off completely different – a summation rather than a frantic cry. The song is a magic trick of exuding both joy and grief at the same time.

Ra Ra Riot formed in 2006 at parties at their alma mater Syracuse University and quickly exploded into indie-rock notability thanks to positive reactions from tastemakers and festival cords.  They recorded “Dying Is Fine” with their original drummer, John Ryan Pike, for their debut EP, released in July 2007.

John Ryan Pike drowned after a show in June of 2007. 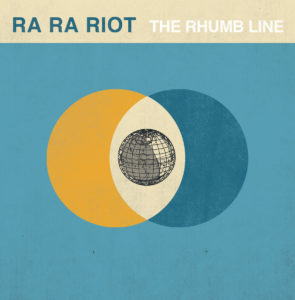 Can you imagine – not only continuing as a band after one of your best friends and bandmates had died, but still playing his songs, and having your breakthrough come from a song you wrote with him that had this chorus?

You might think that the unique push-pull of the song came from its increased resonance after Pike’s death, but you can hear all the same elements on the version he recorded with the band. It still had the grief and the joy. That disco backbeat is Pike’s, present on that original recording. The liquid waves of strings were always there. The bridge that braids the elements together into resolution is intact.

That one can only love
Life until its ending
Oh, and I can’t forget

“Dying Is Fine” was complete already, a perfect picture of the grief it would be release into on that EP, and then the band’s full-length followup, The Rhumb Line. Part of those lyrics are cribbed (with acknowledgment) from an e e cummings poem of the same name: END_OF_DOCUMENT_TOKEN_TO_BE_REPLACED