Captain America’s comic had gotten pretty routine by the time Mark Gruenwald showed up in 1985, which is probably why no one suspected he would turn in a decade-long run that would redefine Cap and his gallery of rogues for years to come! 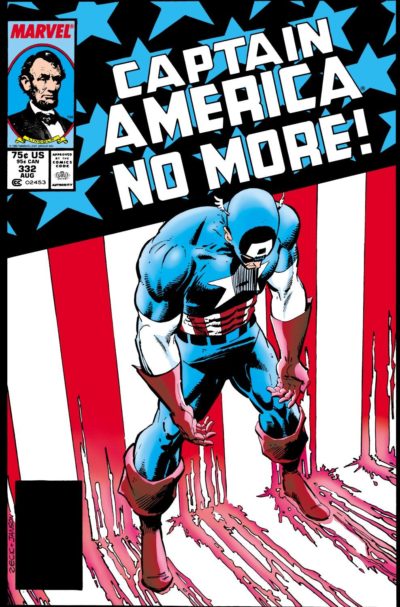 Captain America by Mark Gruenwald, Vol. 1 is the #45 Most-Wanted Marvel Omnibus of 2017 on Tigereyes’s Secret Ballot. Visit the Marvel Masterworks Message Board to view the original posting of results by Tigereyes.

Based on the recent Society of Serpents Epic Collection starting from the tail end of Carlin’s run at #302, it’s possible we’d see this volume begin there as well.

That’s a hefty omnibus, and for good reason – it would take two more volumes of similar size to make it through Gruenwald’s entire run of Captain America! See 10 Marvel runs from the 80s that ought to be omnibuses – 1981 to 1989 for more details.

Mark Gruenwald revitalized Captain America without an ounce of cynicism and irony, and he did it by being true to the character and introducing a parade of compelling new supporting players and villains. Even the biggest gimmick of the first third of his run – Steve Rogers quitting as Cap – doesn’t play as a gimmick because it’s so true to his character.