Welcome to my supersized Power Rankings of the massive double-episode premiere of RuPaul’s Drag Race Season 15 – “One Night Only”! This pair of intro episodes introduced a never-ending cast of 16 queens competing in a mini-challenge photoshoot, a Talent Show, and a runway theme of “Who is She?”

Last season of Drag Race was one of the most-entertaining in the history of the show. It also verged on jumping the shark. There were several stretches of episodes with no eliminations, the season shoved an excessive (but entertaining) lip sync tournament in the middle, and the entire thing was saddled with the “it’s chocolate” save mechanism that was obviously fully under the control of the producers. 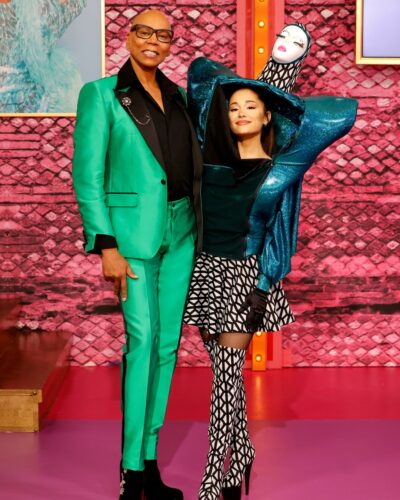 It left Season 14 feeling belabored. For the first time, many fans complained that Drag Race was… well, dragging. Drag Race is at its best when it is a non-stop variety show competition with real stakes for the contestants when they misstep. The more it is stuffed full of non-eliminations, immunity, or special saves, the more it drifts into feeling scripted – which minimized the agency of a talent cast of artists.

What saved Season 14 from sailing straight over the proverbial shark was its cast. In retrospect, the cast seems packed full of unforgettable personalities – but, part of why they were so unforgettable is that we got so much time between them Sashaying away!

As it turns out, a belabored season can still be one of the best, as long as it spends that extra time showing off its cast.

The show seems to be headed in the opposite direction this year, with a massive cast competing all at once in this first pair of episodes with a supposedly irreversible elimination at the end. That means far less early screen time per queen. Plus, after this initial pair of episodes, episodes will only air for an hour on MTV (which means the actual content is more like 40 minutes).

Will Drag Race be able to steer away from its impending shark jump by producing a brisk, tight, shenanigan-free season that shows off the talents of its massive cast? Or, will this extra-long season of extra-short episodes collapse under the sheer weight of trying to make each of its 16 queens stand out.

Only time will tell if the season was successful, but based on these first two episodes there seems to be a clear divide in the cast between the competitors and the potential fodder. Several queens burst out of the gates ready to slay, while many others seemed to struggle to make their drag ready for prime time.

Which queens came out on top and which ones are in danger of an early elimination? My Power Rankings considers each queen’s performance on the show as well as how they are treated by the edit and the “meta game” of what a queen needs to win Drag Race in the wake of a season with an unusual winner like Willow Pill.

Readers, start your engines! And, may the best drag queen win! END_OF_DOCUMENT_TOKEN_TO_BE_REPLACED