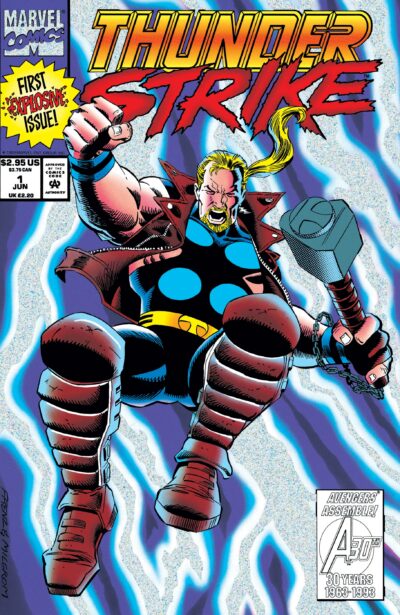 Eric began in Thor (1966) #391 as the most minor of supporting characters – an architect at a job site where Thor maintained a human cover identity. Over the course of five years, Eric went from supporting character, to ally to Thor, to intrinsically linked to Thor, to becoming Thor himself! All the while, creators Tom DeFalco and Ron Frenz developed a rich personal life for Eric – including a loving relationship with his son Kevin, complex friendships with a handful of colleagues, and an unlikely roommate in Hercules. END_OF_DOCUMENT_TOKEN_TO_BE_REPLACED