Yesterday Marvel made a shocking and totally cool announcement that Jennifer Walters – traditionally known as She-Hulk – would drop the “She” prefix and become Marvel’s main Hulk in a new eponymous title from writer Mariko Tamaki and artist Nico Leon. 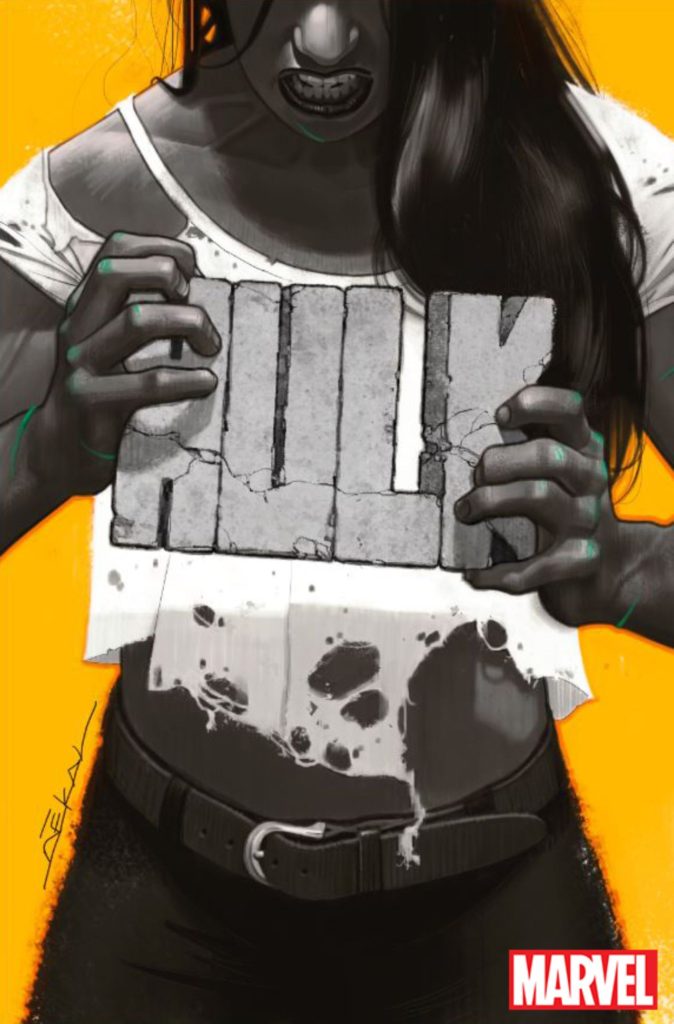 That will mark her sixth time anchoring a solo series since her debut in 1980, not to mention several runs with The Avengers and Fantastic Four and a ton of mini-series in the past decade. That’s all covered (along with every single guest appearance) in my newly-launched Definitive She-Hulk Collecting Guide and Reading Order. (The guide also covers other She-Hulks, like Betsy Ross.)

This will mark a big shift from past She-Hulk series, which have usually featured a green, grinning woman with her monstrous tendencies almost entirely under control. Here, Walters will get lost in her rage as she tries to maintain her double-life as lawyer and superhero. Says Marvel EIX Axel Alonso in an exclusive with A/V Club:

Jen went through major trauma in Civil War II, and Mariko and Nico’s story will deal with the fallout of that trauma—the anxiety and anger, sometimes self-destructive, that comes along with it. If there is light at the end of the tunnel, Jen is going to have to search hard for it, and she’s going to have to battle with some pretty big monsters—including the one within—to find herself again.

Some fans are already hotly debating if rage and a center-stage turn are the right direction for this typically light-hearted hero who is historically as inane as Deadpool. She-Hulk going all rage-y in lieu of an appearance by her cousin Bruce Banner is a time-honored tradition when she’s on the wider Marvel stage – Brian Bendis used the same trope over a decade ago as one of the inciting events in Avengers Disassembled before setting it up again currently in Civil War II.

Personally, I don’t have an opinion other than, “Yay – more She-Hulk!” I own nearly all of her appearances, and her original series was my first custom binding project last year.

How easy is it to own that all for yourself in collected editions? The She-Hulk Guide can help you catch them all, but let’s take a look at Marvel’s track record of reprinting Jennifer Walters’ starring series through the end of Secret Wars in 2015.

* Collected only in black & white at this time in the Essentials series.

That’s not a bad track record for a Marvel hero with so many series to her name plus team memberships. I’m sure we’ll eventually get her 1980 series in color, but it’s a pity two big chunks of her 1989 series have been marooned by the current reprints – I covered that run during the 2016 Most-Wanted Omnibus results in June.