Even more than I enjoy Author’s Notes (and oh boy do I love a good Author’s Note), I love when authors provide behind-the-scenes commentary on their writing. If I’m going to be releasing Krisis out in into the wild, you can better believe I’m going to do a commentary track.

Perhaps three chapters is too small a denomination to dive deeply into, but the entire point of my posting this novel is to expose my process – and this is all process.

The impetus for me to finally write this novel was Eric Smith and his audiobook for Textual Healing. In fact, I was originally writing quite specifically with creating a full-cast audio play in mind as my means of distribution.

That meant I was concerned with having a number of smaller chunks of rising and falling action throughout the plot that could be digested separately from the whole. As I was in the beginnings of my X-Men acquisition quest at the time, I was struck with the idea of “issues” of the novel. Each issue would consist of a trio of chapters, always setting up, rising, and then pushing the narrative forward. While I wouldn’t offer quite as much exposition for new readers as an issue of a comic book, each issue starts relatively cleanly after a point you could easily summarize in a quick “The Story So Far” recap. 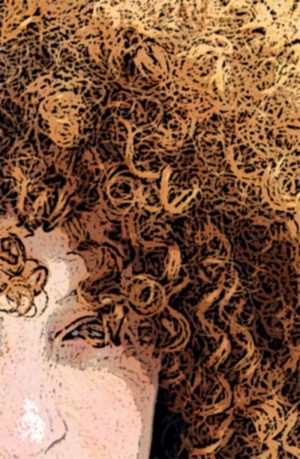 It was as much to keep potential future audio-casts interesting as it was to give me a series of small goals to conquer in the course of my writing. I remain enamored with the issues, since that’s how I’ve been writing it this entire time. We’ll see how they stand up for you, the reader.

Ever since the first day of National Novel Writing Month in 2010 the first line of this book was:

“Nathan wasn’t a man of faith or of ritual, except for on April tenth.”

Then, in a fit of pique just before I posted the chapter, I changed it to:

“Everything felt different on April tenth.”

I changed it for two reasons. First, the “wasn’t a man” version was reliant on playing off of the next line being “He wouldn’t even tell you that he was a man, necessarily.” Having the first two lines of a book tell you all about what a character is not seemed like starting on the wrong foot.

That had bothered me for a while, but the other, more subtle problem was that Nathan is a man of faith or ritual on days other than April 10th! All throughout this chapter he talks about the little rituals he has with Ella. And, saying he had no faith is me being an obstinate agnostic rather than saying something useful about the character.

“Everything felt different on April tenth” is a much more fitting first line, considering everything that occurs to Nathan in the following week.

on white not being the default

It’s obvious (and will become more obvious) that Nathan is based on me and that Martina is based on Gina. The main character of Krisis was always a personal stand-in stretching back to the earliest drafts I wrote in eighth grade.

Relatively late in the editing process (three years in?) I realized that while Nathan started as me, he wasn’t me anymore. In fact, he had became equally connected to E’s little brother in the little details of his backstory that took up residence in the crannies of my brain.

Essential to that, he was no longer a white character, but a mixed-raced character. This wasn’t some sort of quota I had established, but the organic outgrowth of the story of his parents and the way I pictured him interacting with the world. Representation in media is important to me, because representation matters, and I’ve become acutely aware in my relationship with E (who is bi-racial, as are her siblings) just how few mixed-race characters exist in fiction.

(More common is that a mixed-raced actor gets cast and is “passing” for one race or the other, or we don’t meet their parents and so their own heritage is projected on the character.)

That lead me to ask my writing group, “How do I tell the readers that Nathan isn’t white without either changing his last name (which we all loved) or having the limited omniscient narrator come out and say, ‘Nathan was half-Chinese’?” They had wonderful feedback for me, the best of which was the dropping of casual references, like his reflection about his mother’s pork buns. I’ve also been referring to the marvelous Writing With Color on practical tips on execution.

That, in turn, lead me to reassess my racial casting throughout the entire novel. While there had always been a number of characters of color, I realized that it they were often tertiary cast members orbiting a nucleus of whiteness. As a first-time author, it was easiest for me to cast the characters in my head based on archetypal people in my own life, so that I effectively had both photo- and memory-reference for them … and I know a lot of white people.

When I stopped casting based on the look people I know and more on the stories I wanted to tell, that began to change. I don’t know that I’m satisfied with the results yet, but that’s part of what I’m working through in actually publishing this version of the book for you rather than endlessly fretting if it’s complete enough to merit a print copy.

I’ll come back to the theme of representation repeatedly as we meet other characters.

on Gina and Martina

In a very early outline of the book, Martina and Ella were switched – in that Nathan had a friendship with a younger sister Martina who had lost her older sister Ella. 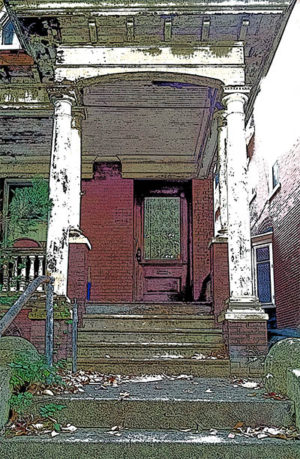 It yielded a lot of good dialog between the two of them when I wrote sample scenes to try to nail down the tone, but I realized I was effectively writing an oddball apocalyptic version of From Justin to Kelly for Gina and I, which maybe would’ve yielded a cool soundtrack, but ultimately don’t contain as much conflict compared to the swapped version.

I have and have always had an extremely clear vision of Valerie and her personality, stretching back to her appearance in my middle-school drafts of this book.

Part of that is she is extremely forthright, almost to a fault. Yet, in writing this chapter, I had some second thoughts. Is she coming across as pushy? I wondered. Is it credible for her to invite herself out with Nathan, or some kind of chauvinist wish fulfillment? Should he ask her instead?

After some consideration and feedback, I think to not have Valerie act as she does would be more chauvinist. Women sometimes get to abruptly, almost-rudely make preemptive plans for other people – men do it all the time.

Danny views her actions through a lens of wish fulfillment and assign them an amount of sexual aggression, but that’s the same lens through which he views Ella. Danny’s just that sort of average dude, for better or for worse.

Conversely, Nathan and Valerie are connecting on the level of two damaged people who work in person-oriented jobs – communications and marketing. They are having a different conversation with each other than Danny is having with either of them.

As for pushing Valerie out of a window and onto a fire escape… well, we’ll get back to that part later.

The lopsided porch is one of the signature details of this issue for me – so much so that it was the obvious cover image in my mind. Two days before the first chapter was due to be posted I took EV for a long, slow drive down one of my favorite smaller east/west streets in West Philadelphia en route to the zoo.

It was a location scouting trip. We were looking for the perfect front porch.

Nathan stood on a cracked slab of West Philadelphia sidewalk, prepared to mount the steps to the porch of Ella’s apartment building. Actually, it was a just a house – one of the booming, three-story, faux Victorians common in West Philly. … The sagging porch roof smiled a lopsided grin at Nathan, the heavy molding on the trim like a set of scuffed wooden teeth. … Nathan smiled back at the roof and took the stairs two at a time. He crossed the groaning floorboards of the porch and rang Ella’s buzzer with one hand as he jiggled the handle of the front door with the other.

I wrote that passage in February of 2012, the night before this chapter was due to the writing group Eric Smith mercilessly included me in so that I would actually edit my book. Originally, the chapter started with Nathan already in the lobby of what was meant to be a much bigger apartment building:

“Nathan was waiting in the grubby foyer of Ella’s apartment building for her to come down and unlock the inner door.”

Starting him inside the door seemed to rob us of initial momentum, and the larger building made some of the logistics of Chapter 3 less feasible. Ella needed to live on the upper stories of a twin house for the mysterious SWAT team to conceivably rumble up the stairs without too much notice.

EV and I located the best possible block for photos – there were three houses in a row that fit the bill of a toothy porch roof and wooden porches rather than slab concrete. I parallel parked (a miracle in itself) and we walked down the block to the trio of houses. One had too many holiday decorations, and one was in slightly too nice repair. I focused on the most dilapidated house and began to snap photos with EV playing “ring around papa” to bide the time until she could see her precious bats.

What I hadn’t really considered is how much of a neighborhood West Philly is, and how a random stranger taking cell phone photos of a porch is probably going to attract some attention.

More on that some other time, perhaps.