There is no place on Earth where my brain is more alert than in the dentist’s chair.

Seriously. I know many people dread the dentist, but I feel like I’m never so full of life-altering epiphanies as when I’m trying to ignore the fact that several people have their hands inside my mouth.

Maybe that’s particular zen I mastered from more than four years of dull orthodontia appointments. Or, perhaps it’s about deepening your relaxation through discomfort, like hot yoga or lying on a bed of nails.

It would be terrific brainstorming time if not for the fact that it’s difficult to jot down major brainwaves while tiny motors are whirring just beside your tongue.

(Honestly, I’ve put a lot of thought into this. I touch type well enough that might be able to manage with a wireless keyboard on my lap. Perhaps once I’ve forged a trusting relationship with my Kiwi dentist I can convince her to let me give it a try. Think of all the blog posts I could knock out during a cleaning!)

This peculiar introduction is my way of explaining that I didn’t hear Dua Lipa’s “We’re Good” for the first time during a dental checkup, but it was the first time I really heard it. There was something about it that my dentist-zen brain responded to immediately. I furiously attempted to jot down mental notes that I could reconstruct later.

First, there is the two chord figure in the reggae-tinged verse. The chords are a G#m and a C#. That’s not such an unusual combination of chords, but something about their use here pings my brain in a peculiar way.

It’s the F in the C# chord. That note doesn’t exist in G#m natural minor, which means the song is not in the “normal” minor key our ears expect to hear. From the second measure the song starts breaking your expectations. That musical uncertainty is reflected in the contradictory opening lyric:

I’m on an island, even when we’re close.

(As I picked at it some more, I noticed the song might actually be using a “melodic minor scale” – because it implies an F as it rises from the G#m to the C#, but then has a E instead as it retreats back to the C#m. Melodic Minor has different intervals depending on if you ascend or descend. I’m not 100% sure on this, as it’s a little bit above my musical pay grade.)

Then, the pre-chorus rises up from the minor/major verse uncertainty through a seventh chord and into the pure shimming major key chorus… only to paradoxically pair that musical glow with the confirmation of a break-up: 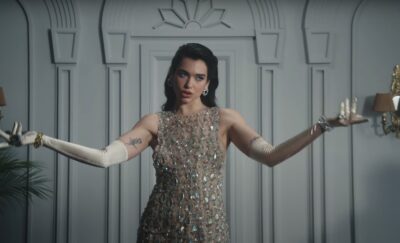 I think that there’s no word that’s more fun to sing than “cocaine.” There’s something about how you shape your mouth to make those two hard vowel sounds that is so damned satisfying. Also, I think mentioning drugs or other “bad” behavior casually when they don’t actually relate to the relationship drama in a song is always an effective twist. It plays with expectations. You hear “cocaine” or “cheating” and you expect it to connect back to the central plot. When it doesn’t, your ears perk up even more.

Then, the final bit of ear-worminess arrives – the quick lyrics:

This was the moment I completely forgot I was at the dentist and fully got lost in the song. There is plenty of room in the musical structure of the song to deliver these lyrics without rushing them. However, the dotted quarter notes on “judge” and “with” keep compressing the remaining words until “pissed when it” and “do it my” explode as a pair of triplets.

Then, finally, all the tension is resolved, both musically and in the relationship, with the final line: 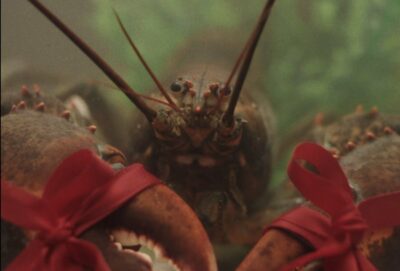 Except, this line also breaks expectations.

First, songs about amicable break-ups where everyone goes on to be friends simply aren’t the norm. And, second, this moment of resolve delivers us back to the non-resolving see-saw of verse chords!

There’s not a whole lot else going on in this song. It has a plain AA1B AA1B A1B song structure. The chords never change. Despite the drum machine beat, it is most arranged with standard rock band instruments. There’s a gentle touch of harmony on the pre-chorus, but otherwise no major vocal fireworks.

It’s a fantastic example of how to make a major impact without doing anything explosive. And, the plain little puzzle of it completely occupied my brain for a full two minutes and forty-six seconds in that dentist chair.

(Also, the video is absolutely weird and oddly ties in with “Wet Dream.” Apparently lobsters are very in right now.)