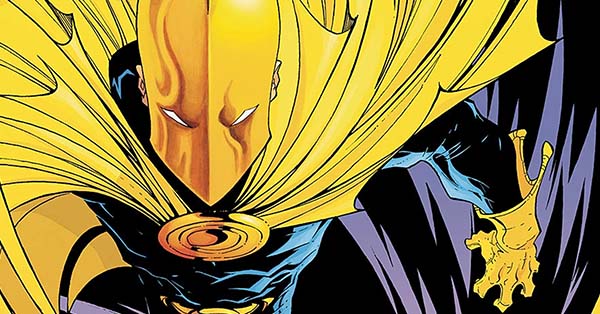 The original Doctor Fate, Kent Nelson, lasted for over 45 years without dying – spanning from his introduction in DC’s Golden Age in 1940, through his Silver and Bronze age status as a member of the Earth Two Justice Society of America, and past Crisis on Infinite Earths to become a part of the modern DC Universe in 1987. For a brief moment in time, it seemed like he was poised to be one of the heavyweight heroes of DC’s new pantheon. 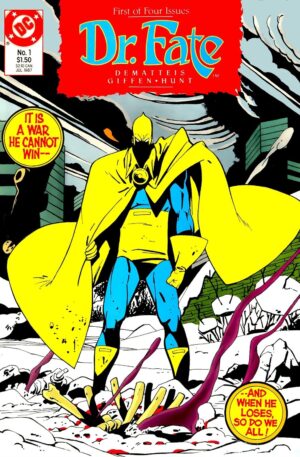 Maybe that’s why he merited a toy?

However, DC had a major shake-up in store for Doctor Fate and Kent Nelson. In the new DC Universe, Doctor Fate was a persistent presence… but his hosts were mere mortals. After writing out Nelson, DC would cycle through six hosts of Fate from 1988 to 2011, with each meeting an untimely end (usually during an event) before a new one was introduced. After maintaining a Fate title in some form for most of the 90s, the characters were mostly relegated to being JSA team members in the 2000s.

That made creating this guide both easier and harder than the typical guide for a singular DC hero. On one hand, I had much less continuity to worry about, and finite numbers of guest appearances! On the other hand, every time I thought I had the hang of a certain version of Fate and where they appeared, it was off-with-their-head (not literally) and onto the next.

Adding to my confusion, I’ve only read the most-modern Doctor Fates – who are Khalid Nassour as well as Kent Nelson, so I spent the entirety of the guide-making process asking, “But… he’s coming back… right?” It turns out that didn’t happen until the very bring of DC’s Rebirth in 2017.

Ah, DC. Is it a comic universe with consistent, comprehensible continuity, or just some kind of elaborate scam to market Batman across the globe? I’ll never be sure.

If you are a $1.99/month Patron of CK checking out this Guide to Doctor Fate upon its launch, you might notice it makes frequent references to another guide which isn’t live yet. Hmm… I wonder if we might be seeing that guide sometime very soon…