Today I’m going to offer a glimpse at the ten projects that are wrapping up in the next week, viewed through the lens of last week’s essay, “What makes a good Dungeons & Dragons 5th Edition official release or 5e-Compatible supplement.”

(It’s pure coincidence that the first four alphabetical entries are my recommendations, since I didn’t even review them in that order!)

I know that every Kickstarter project is a labor of love. I hope if any creators catch my write-ups they’ll appreciate them for what they are: me trying to figure out if their projects are worth backing based on what I value most in D&D! In the future I’ll probably spend less time on projects I don’t recommend, but right now I want to establish a baseline of what works and what doesn’t on Kickstarter.

I’m hoping that if I keep at this for a few weeks I can make it to looking at campaigns as they are announced rather than chasing the ones that are soon to resolve. But, I’ll only keep doing that if it matters to you! Please comment on this post and share it if it’s something you’d like to see more of in the future

END_OF_DOCUMENT_TOKEN_TO_BE_REPLACED

I thrill at checking out every new bit of Dungeons & Dragons 5th Edition material, whether that’s official releases, 3rd party D&D resources, or 5e-Compatible material. And, in 2022, there is a lot of 5e material!

Wizards of the Coast has been ramping up their official release schedule, it feels like there is an infinite selection on DMsGuild, plus massive new projects appear every week on Kickstarter. Given the pandemic-era surge in D&D’s popularity, plus its mainstreaming via Stranger Things and live play shows like Critical Role, I don’t think the tempo of releases will be letting up any time soon. 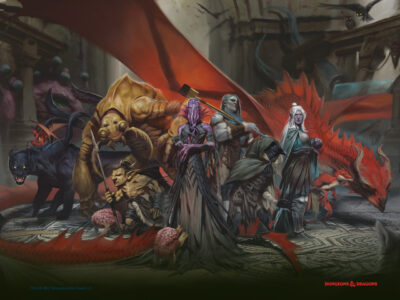 With so much 5e material to choose from… how exactly do you choose? Almost every player will start with either a Player’s Handbook or a Dungeon Master’s Guide, what should be your next purchase?

I think it’s important to understand what you’re looking for out of a supplement. Otherwise, it all looks equally attractive and you wind up buying more books than you could ever reasonably play through.

Even I, notable obsessive collector of stuff, know not to pick up certain materials with additions that will never make it to my virtual tabletop.

When it comes to choosing the right materials for you, I’d say that vast majority of official D&D, 3rd party D&D, and 5e-Compatible materials offer content that falls into one or more of nine possible categories. I’ve ordered them from the most-expansive to the most-granular, in terms of what they add to the game. =

Keep reading to understand what I mean by everything on the list! And, for each category, I cover the best official books and some of my favorite 3rd Party releases! END_OF_DOCUMENT_TOKEN_TO_BE_REPLACED 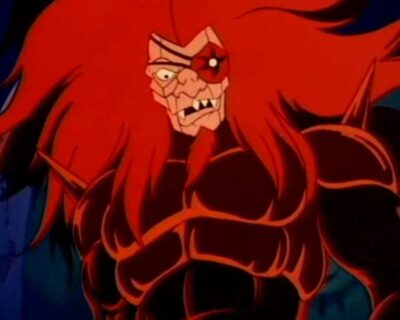 Fast forward to the present day and the current 5th Edition of D&D – 5e, for short, which has been in play since 2014. END_OF_DOCUMENT_TOKEN_TO_BE_REPLACED