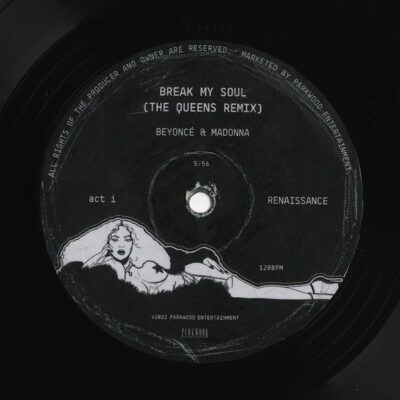 As I’ve grown and learned more about house music, voguing, and ballroom, I realize that even though Madonna was using “Vogue” to shine a spotlight on ballroom culture, she was also appropriating it for her own use. It was the moment that marked her ascension to global dominance. She used that platform to preach acceptance and to raise awareness for HIV/AIDs, and she employed many dancers and choreographers along the way, but it’s not as though of all her success trickled down the people who were innovating Voguing in the ballroom scene. END_OF_DOCUMENT_TOKEN_TO_BE_REPLACED 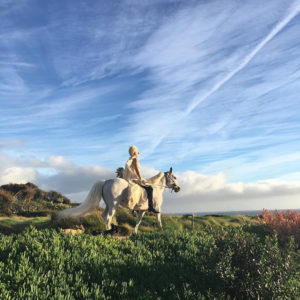 “Hey Girl” fascinates me to no end. After over a week of listening, I’m still not sure if I like it or not, but it definitely holds my interest.

The first interesting thing about “Hey Girl” is that it’s a duet and a co-write with Florence Welch of Florence and the Machine. And, it’s a true duet – Florence doesn’t just pop in for a quick featured verse and some harmonies, she is threaded throughout the entire song along with Gaga.

Her presence makes a lot of thematic sense, since this is a song that’s unabashedly about female friends and girl power (and it’s not like Gaga was going to pick Madonna for that spot).

The other thing that will hit you in approximately 10 seconds of listening is one – maybe two – obvious nods to Gaga’s influences on this tune. (I know this because that’s exactly how long it took both Jake and I to notice.)

The first of the two influences is Elton John, as Lady Gaga is nearly plagiarizing the rhythm section of “Bennie and the Jets” here – a favorite that she’s performed with John! The back and forth octaves of piano that dip chromatically played against a loping drum beat make the songs nearly identical.

The second of the two influences is slightly more obscure, but makes a lot of sense in the context of 2016. The phased, swirling synthesizer sound paired with clean stabs of guitar is a straight lift from the Philly Soul sound of the A-Side of David Bowie’s Young Americans – “Win,” “Fascination,” and especially “Right.” As a major David Bowie fan, I can’t unhear it – you can start singing any of that trio of tunes directly from the chorus of “Hey Girl.”

It’s hard for me to get past hearing the influences to hearing the song. It has a certain flatness to its structure and chord progressions. There aren’t any big leaps or breaks. The songs flows forward like liquid, a particular trademark of Florence’s own work.

That brings us back to collaborations. While Gaga has collaborated with a number of producers and instrumentalists, she’s been much more selective about allowing other vocalists on her tracks. On Fame Monster Gaga’s guest star was Beyonce, who was just cresting her wave of being one of the most revered creators in pop. It felt completely appropriate to see these two women together, creating dancefloor anthems.

On Artpop, the collaboration was regrettably with R. Kelly, as famous for his self-parodying “Trapped In The Closet” as for his pursuit of sex with minors and a litany of alleged child pornography and sexual abuse. While Kelly is also at times an R&B genius, the dissonance of Gaga choosing him as a featured co-star was immediate – especially on a song called “Do What You Want (With My Body).” It was a rare example of her going off-message and being chided for it by the fans and media. 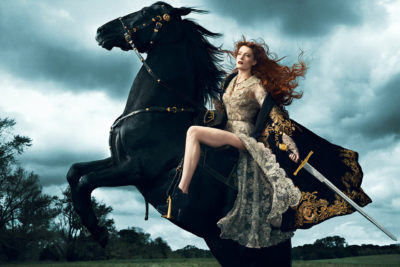 Florence Welch makes another, very particular kind of statement as a pairing with Gaga. Welch is seen as a nearly infallible, genre-defying female auteur who is mentioned in the same breath with the biggest rock stars.Like Gaga, she was a guest of the Rolling Stones to sing the duet on “Gimme Shelter.” While I didn’t love her last LP, if it was indeed a bit weak it did nothing to slow her popularity or weaken her ability to break through to modern rock radio.

In short – Florence is an image in which Lady Gaga is currently trying to remake herself, much as Taylor Swift veered towards the big tent mega-pop of Katy Perry on her last LP.

Gaga does a brilliant job of fitting into Florence’s mold across this album. And, true to the lyrics of the song, she uses it to lift Florence up – rarely has her vocals ever sounded silken and beautiful, even on her own records. I’d never say Gaga and Florence sound alike, but their voices are mixed so evenly here that it is truly hard to tell them apart at points.

That’s a lot of digital ink spilled on the context of the song without saying to much about the song itself, but for me that’s the thing – the song is all context. It’s a vessel full of ideas about influences, Gaga and Florence’s personal brands, sharing spotlight, and friendship. Its retro sound would feel out of place on the record without “Diamond Heart” as an opener and “Come To Mama” to proceed it, which further justifies that peculiar tune. At the same time, it helps to counterbalance the sexual revolution on the first half of the record with a feminist one.

Eventually I’ll figure out whether I like it or not.