Welcome to my review and power rankings of the third episode of Drag Race France Season 1 – “The French Ball”!

I can’t even begin to imagine how intimidating a ball challenge must be as a contestant on Drag Race. You have no control over which of the many looks in your suitcase will be worn back-to-back for your first pair of looks, and you have 12 hours or less to construct your third one! Plus, rumor has it that queens get less than one hour to make the change from each look to the next, which includes make-up alterations. 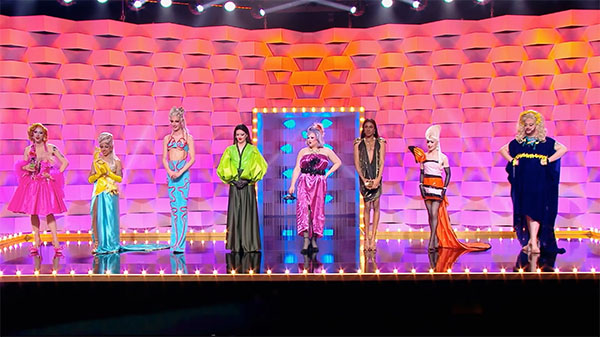 That’s a lot of stress, especially early in the season when queens are still getting used to the rhythm of TV production!

This French cast acquitted themselves well across three categories – Ma France et moi, French Clichés, and the Cannes Film Festival design challenge. It helped that the unusual material restrictions for this design challenge were actually quite loose – the queens were free to use fabric to construct their looks, as long as they had multiple beach elements incorporated.

The episode delivered looks, but it also made clear which character archetypes our queens are portraying. We have our clear front-runner, our bridesmaid-not-bride, our young queen with a growth arc, our reciprocal arcs of growing and shrinking confidence, and a queen who is unfairly maligned by the judges so she can later enjoy a comeback.

Does that mean this season is already becoming too formulaic? Or, was the casting so good that the queens are naturally snapping into familiar Drag Race tropes?

I think that’s the right question to be asking in the third week of a tight eight-episode run. With the season reaching the halfway point with Snatch Game next week, the queens who aren’t on the ascent either need to surprise us or prepare to sashay away.

Now that Drag Race France has settled into it’s regular release day, I’ve moved my recap up to Sunday so I don’t have to wait a full week after each episode to recap the next one! We’ll see how that schedule shakes out with Drag Race Canada in the mix starting next week, with Drag Race Philippines following soon thereafter.

With my general impressions of the episode out of the way, let’s get to my Drag Race France Episode 3 Power Rankings for The French Ball! The middle layer of the rankings has had a shuffle from my week two power rankings – with last week’s bottom queens on very different trajectories!

END_OF_DOCUMENT_TOKEN_TO_BE_REPLACED

This episode was about getting to know our cast of 10 French queens in multiple ways – via their entrance looks, a photography mini-challenge, a talent show, and a Jean Paul Gaultier-inspired runway in front of Jean Paul Gaultier himself! 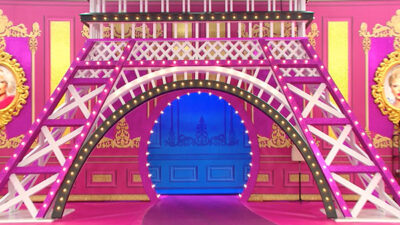 If you’ve been reading my RuPaul’s Drag Race All Stars Season 7 All-Winners season episode recaps, this series of posts won’t be covering the show in such full detail.

That’s not only because those recaps take entire days to write!

If Drag Race France sounds intriguing to you I’d like to urge you to sign up for WowPresentsPlus so you can watch the actual episodes as well as the many other worldwide Drag Race franchises! It’s $4.99 a month or $50 a year, which is a very reasonable price to pay for access to all Drag Race, ever. (Note that if you’re in the US you will need to use a VPN to “visit” another country to see the US Franchise.)

When more English-speaking subscribers and viewers watch Drag Race France, it is a signal to Wow that we adore drag in every language and would love to see these queens invade their American content more often. (Also, perhaps they could increase their subtitling budget!)

Instead of a recap, first I’ll share my general impressions of the episode, and then I’ll present my Episode 1 Drag Race France Power Rankings. Will it turn out that my pre-season first impressions were totally en pointe or did I miss the mark?

Welcome to my pre-season Power Rankings of the queens of Drag Race France, Season 1! 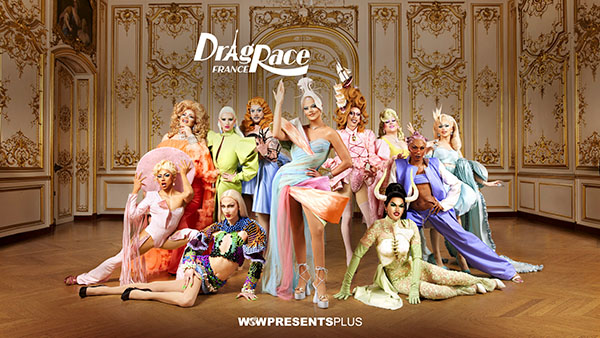 Ever since Drag Race set foot on foreign shores with Chilé’s The Switch Drag Race in 2015 and Drag Race Thailand in 2018, the international editions of the Drag Race franchise have exploded! We now have ten total country- or region-based versions of the show, with two more on the way.

I love Drag Race in all forms and I watch almost all screen media with subtitles, but I still find it challenging to keep up with non-English-speaking seasons of Drag Race. I think that’s because there’s so much to look at on an episode of Drag Race that sometimes also keeping up with the subtitles and trying to decipher the local references gets to be a big challenge.

(However, I have watched almost every episode of every international season except The Switch and the end of España Season 2.)

I’m excited for Drag Race France not only because I’m a bit of a Francophile but I actually speak French.

Well, not speak it, so much as know a lot of words and a fair amount of grammar after five years of school and a several-year DuoLingo streak which I got so depressed about breaking that I cannot bear to start again. I have the comprehension of perhaps a wise three-year old, but that’s partially because listening to someone speak on a random topic introduces too many unfamiliar words for me. If I know someone is speaking about a specific thing – like comic books or drag – I usually have better luck.

Which brings us to the queens of Drag Race France Season! This debut season features 10 queens as judged by Drag Race Season 11 queen Nicky Doll. Unfortunately, the show did not produce a “Meet The Queens” segment for these amazing drag artists. They only released a set of promo photos and a one minute reel of them posing in their promo looks.

That means my initial pre-season Power Ranking will be more of a first impressions based on their promos as well as a quick scan of their social media. (I swear, Spoilerinas, I have not seen any pre-season tea on this one!)

Will any of my predictions be accurate based on just a few seconds of content from each of these queens? We’ll find out when the first episode airs on Saturday (though my episode coverage won’t come until next week).