I’m back to discuss the second episode of RuPaul’s Drag Race All Stars Season 7’s back-to-back streaming premiere of its All Winners season.

If two Drag Race episodes in one day each packed with eight iconic champions wasn’t big enough to begin with, I have two more words for you: Snatch Game. 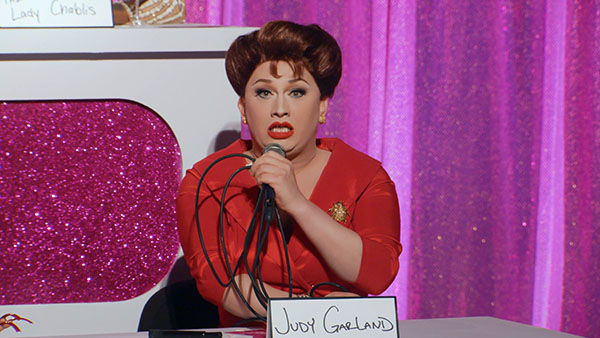 “Snatch Game” is an off-colour pun on the old TV game show Match Game, where contestants filled-in-the-blank in a phrase in an often-vain attempt to match what a panel of celebrities would fill in on their own cards.

Drag Race introduced it as a celebrity impersonation challenge in Season 2 and it immediately became a regular feature of every season of every franchise (except for All Stars Season 1, but we don’t talk about that).

One of the reasons Snatch Game has become such an iconic, enduring challenge on Drag Race is because it makes the show more accessible to a wider audience. Even if you don’t care about drag, this is a pre-packaged game show skit with easy-to-grasp rules, like a parodic round of Jeopardy on SNL – with the added thrill of each cast member improv-ing their own answers.

In recent years, some All Stars season have used the format of other TV game shows under the “Snatch Game” title, mimicking The Dating Game and Family Feud. Season 7 is back to the standard format… with a twist: every queen has to impersonate two celebrities on two different panels of the show!

I am old enough to have grown up watching all of these cheesy, campy old celebrity-driven game shows in syndication on daytime TV. In fact, they were one of the best things about staying home from school! Now, these camp curiosities have been relegated to special cable channels and YouTube clips. It makes me wonder how the challenge lands for younger audience members (and queens) who never experienced these things firsthand. To them, “Snatch Game” is primarily a Drag Race reference!

There’s no fear of that with this cast. They’ve all been through this gauntlet before. They’re all queens who have shown an ability to reference a massive amount of pop culture across their runs and reigns. And, half of them – Jinkx, Trinity, Shea, & The Vivienne – are previous Snatch Game winners!

If there was ever an episode a casual fan could enjoy, this is the one! I’ll cover every step of the episode in detail, including every celebrity impersonation and the slick “Pleather Principal” runway! Plus, at the end of the recap I’ll update my Episode 1 power rankings to show where the queens stand after another week of Legendary Legend badges. (Want to skip right to the power rankings? Go for it!)

Readers, start your engines! And, may the best drag queen… win! END_OF_DOCUMENT_TOKEN_TO_BE_REPLACED