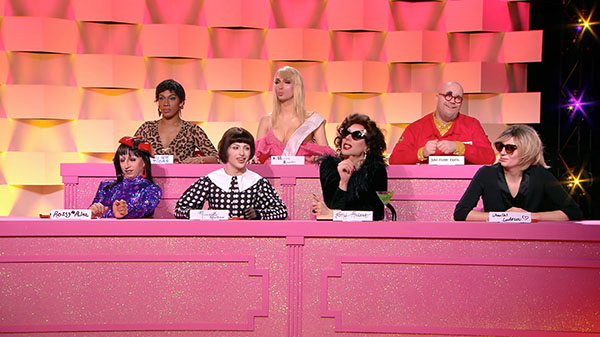 There are a few elements of RuPaul’s Drag Race that get imported to every international franchise – including Snatch Game, “lip sync for your life,” the ball challenge, and the library mini-challenge.

Of those, Snatch Game can be the one that translates most awkwardly. Even for countries that have their own history of drag queens impersonating celebrities do not necessarily have the same history of campy “fill in the blank” TV game shows.

Snatch Game is obvious enough that audiences can easily push past that unfamiliarity, but it puts queens at a disadvantage. If you’ve never seen your local celebrities in a purposefully-parodic setting like the original Match Game or Hollywood Squares, it can be hard to find the right rhythm and tone for impersonating them inside of it.

International Snatch Games also pose a challenge for audiences watching from abroad! So much of Snatch Game involves cultural references and double entendres that even with the best set of captions a lot can be lost in translation. There were points in this episode where even after I read the English and French captions I still wasn’t in on the joke.

That means that international viewers can sometimes have a very different take on Snatch Game than local ones, and in these cases we should always defer to the opinions of the local viewers in the market on who produced the best and funniest impersonation. I took a shot at digging into them by watching videos of all of the people the queens parodied this episode, but my French skills just aren’t strong enough to render any definitive opinions on their performances. 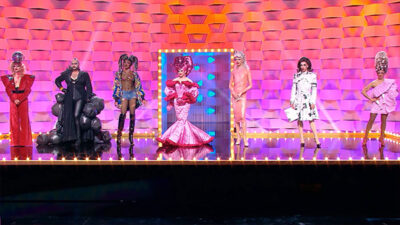 What I can render definitively is that there is a certain streak of aloofness to Drag Race France that is culturally French but casually cruel. Between Lolita Banana’s breakdown, La Big Bertha’s obvious frustrations, and the exclusion of Elips, the lack of a warm heart to this franchise became obvious in this episode.

Sometimes that can be down to the scrappy nature of Season 1 – we also saw Canada struggle with metaphorical warmth in its first season. Yet, for other franchises it has become a theme, as with the helter-skelter quality of Drag Race Holland.

That made for a strong challenge and runway, but an episode that left me feeling sad for several queens who are giving this their all.

With my somewhat somber first impressions out of the way, let’s get to my Power Rankings for the first Drag Race France Snatch Game! This episode seemed to emphasize a specific top three that is different from my my week three power rankings, as a clear divide emerged between the finalists and every one else.