We now have a Queen of Queens! RuPaul’s Drag Race All Stars Season 7 came to a close with a decidedly anti-climactic lip sync tournament that crowned my top power-ranked queen. She shall reign supreme over the entirety of RuPaul’s empire of English language franchises!

Since there are no more queens to rank, for this special edition I’m going to rank every one of the 17 lip syncs of the season – including the six lip syncs from this week’s final dual tournaments. 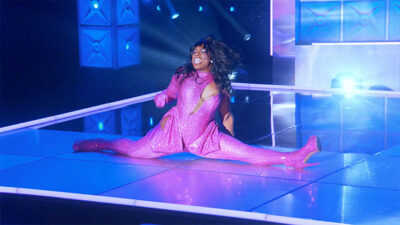 This has yielded many remarkable lip syncs, but also a number of unremarkable flops. That’s down to two factors that make an All Stars lip sync very different from a regular season one.

First, the obvious: survival isn’t on the line in an All Stars lip sync. Instead, it’s a victory lap. A queen is typically awarded with $10,000 and the chance to chop a competitor (or, this season, to block them).

That’s not a do-or-die situation, so it produces different results. Even though everyone loves a fresh 10k, many queens are ambivalent or outright opposed to the doing the chopping. That seems to be especially true after they get their first taste of it (unless their name is Alaska or Shangela).

Plus, if a queen cuts a fan favorite, they could easily lose more than 10k in their next few years of booking fees due fans who now view them as a villain. And, we’ve seen that some queens don’t prep as hard after a victory as they do out of fear. Whether it’s being shaky on the words or not having as many tricks planned, several All Stars lip syncs have been somewhat… approximate. 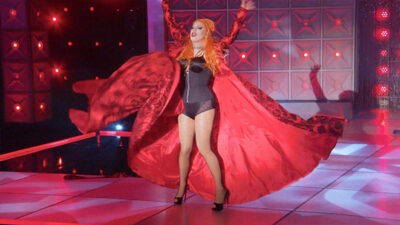 The second reason All Stars lip syncs are different is the nature of repeated lip syncs.

In a typical season, a potential season winner can get away with lip syncing for their lives once – maybe twice – before their chances of winning the crown are greatly diminished. In fact, on the RuPaul-hosted franchises, we’ve only had one winner who lip sync for their life multiple times: Symone.

(I don’t count Willow as a two-timer, since she won in her first round of the Season 14 lip sync tournament and wasn’t truly at risk for elimination until her final lip sync with Angeria.)

That means that queens on a regular season are motivated to give it all they’ve got in every lip sync – not only to survive, but because if they truly plan on winning the show they won’t need to save any tricks for a second lip sync!

However, on All Stars, queens actually do plan to lip sync multiple times. Of seven All Stars winners in the “Legacy” format, all but one (Kylie Sonique Love) has won at least two challenges. That means All-Stars have further incentive to not go all-out in every lip sync, especially early in the season. They might want to save something for later – or, at least, they’re not going to force every trick they know into an ill-fitting song. 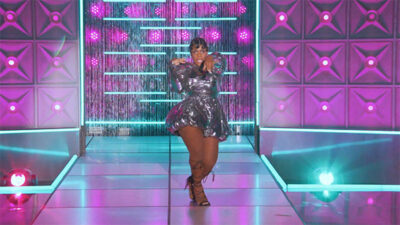 It also means there’s an amount of lip sync fatigue that sets in when someone wins three or more times, as they often do on “winner-vs-winner” legacy lip sync seasons like All Stars 2-4 & 7, as opposed to “Lip Sync Assassin” seasons like All Stars 5-6. In fact, I suspect the Assassin twist was added after Season 4 partly to reduce repeats and bring more fire to the winner in each fight.

Both of those problems were at play on the All Stars Season 7 lip syncs, but if there was an episode for them to go out the window it was this one – where everything was on the line.

That means all six of these lip syncs ought to be the best of the season, right?

Readers, start your engines. And, may the best lip syncers win! If you disagree with my ranking, comment below with your best and worst of the season. END_OF_DOCUMENT_TOKEN_TO_BE_REPLACED