I am always fascinated when a teenage musician – not just a singer or player, but a songwriter – becomes a global star.

It’s a selfish fascination. I remember being that age and being full to the brim with inspiration. I recall feeling like songs were bursting out of my brain every single day, sometimes faster than I could write them down. I would naively follow all of my melodic impulses, no matter how transgressive, and for as many awful choices I see in hindsight there are the occasional flashes of brilliance. 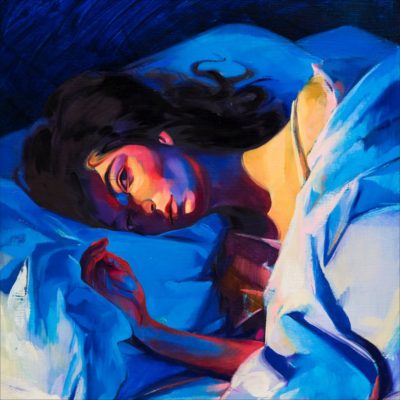 I can never decide whether it is good or bad that YouTube didn’t exist at the time. I love that the teenaged songwriter version of me is a Schrödinger’s cat of internet fame; we’ll never know if he would be beloved or ridiculed.

For those selfish reasons, I have been more fascinated but the journey of the precociously talented Lorde than I was with the slick Justin Bieber or the initially folksy Taylor Swift.

All three are mega-talented songwriters, but they both express that in different ways. Bieber’s expression was about the casual, effortless coolness of being in the in-club. Taylor Swift was about transformation – from country kid who sang about being an underdog to pop bombshell sweeping up Grammys.

Lorde’s expression has been the utter opposite of them both. She’s almost too full of effort compared to Bieber, and as self-conscious as Swift but more wild and free than she has ever allowed herself to be.

Lorde’s songs are brimming with that wildness, starting with “Royals” – a song so basic yet so vividly evocative. Each feels like an aperture into her wildly buzzing creative mind, controlling the flow, letting just enough of her interior world through that we can make sense of it.

Despite the electricity of her songs, Lorde’s Pure Heroine wasn’t the world-altering smash of, say, Alanis’s Jagged Little Pill. It’s not a singular, unassailable achievement. She could and would be able to follow it up, and just has with her sophomore effort, Melodrama.

There are a lot of interesting, mature moments on Melodrama, but none so arresting as the bare piano balled “Liability.” Maybe that’s because Lorde is an obvious mastermind, controlling every little flutter and breath noise across her discography, but “Liability” is her sparest song. It’s a bare piano ballad – just keys and her voice.