These six books will all be big contenders next year (unless they’re printed before then). Let’s dive in… END_OF_DOCUMENT_TOKEN_TO_BE_REPLACED 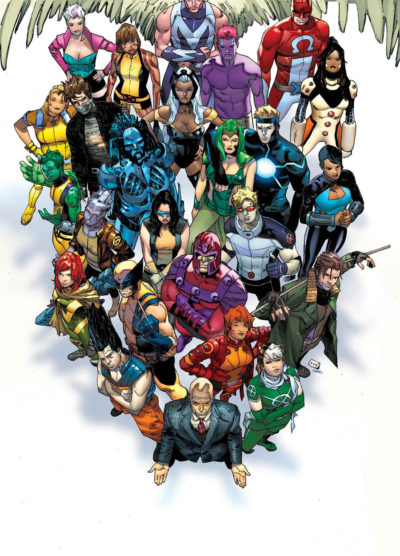 After the “Messiah Complex” storyline crossing through all of the X-Men titles, the secondary X-Men flagship title – X-Men, Vol. 2 – underwent a transformation into X-Men Legacy.

The “Legacy” adjective came with a deep appreciation of past continuity and a single-character focus – first on Professor Xavier, then for an extended period on Rogue, and in its second volume on Legion..

Initially the relaunched series was partially driven by the flashbacks of Xavier’s fractured psyche, which comprised half of each issue. In an intriguing turn of storytelling, the flashbacks – which called back to specific moments in classic X-Men issues – were illustrated by different artists than the present day sequences.

This mined a lot of deep X-Men history and reconciled it with the present day – especially useful, given Wolverine had regained his full memories and Cyclops was currently in Xavier’s place as the leader of the X-Men.

Starting with #219 the focus moved to Rogue as a primary protagonist. Fresh from enduring considerable physical and psychic strain heading into “Messiah Complex,” Rogue underwent a major transformation at the top of the run.

From there, X-Men Legacy turned into a 40-issue Rogue book that cast her as a rebel, a mentor, and a leader while continuing to tie up long-hanging threads of continuity.

In 2012’s Marvel Now, the title relaunched with Professor Xavier’s son Legion as the improbable lead character. The tidy, 24-issue run spent as much time in his mind as it did on real world adventures. Both settings were soaked through with British cheekiness, courtesy of series writer Simon Spurrier.

END_OF_DOCUMENT_TOKEN_TO_BE_REPLACED 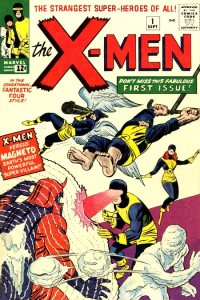 This run features the classic team assembled by Professor Xavier: Cyclops, Marvel Girl AKA Jean Grey, Angel, Iceman, & Beast – all lead by Professor Xavier against foes like Magneto and his Brotherhood of Evil Mutants, Namor, The Blob, and Juggernaut, and many other classic X-Men enemies that are recalled to this day. END_OF_DOCUMENT_TOKEN_TO_BE_REPLACED