Should certain stories be off-limits?

Consider if you have ever watched a movie or read a book where you felt a certain story beat was in particularly poor taste. Perhaps it should have been avoided altogether.

Does that mean no author ought to attempt it again? 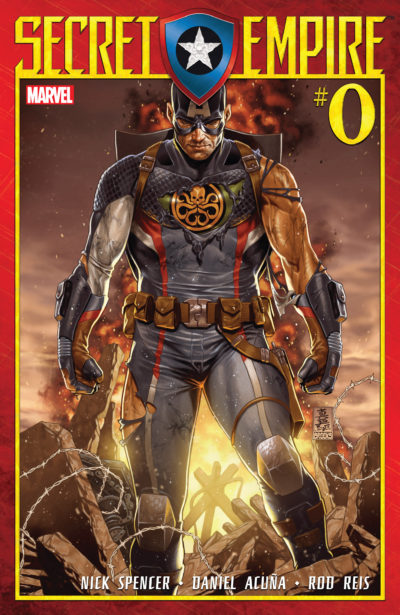 I find that to be a difficult question to answer. Personally, I loathe plots where someone who is abused comes to trust or love their abuser. I think that plot relies on outdated trope about the internalization of cruelty as a form of affection.

Creators ought to be wise enough to steer clear of that plot in most instances, but I don’t think it should be outlawed. I can imagine a time when you might want to steer into that curve – not to be divisive or subversive, but to say something about your flawed characters. But it’s not a curve that should be mistaken for terrific character development.

There are other plot points that result in me getting up and walking away from the book or TV show I had been consuming a moment prior, whether they be personally triggering, advocating harmful behavior, racist, sexist, homo- or trans- phobic, or just plain dumb.

I don’t think any of them ought to be off-limits. Writing a bad story is entirely up to you. I won’t stand in your way, nor should anyone else.

This can be insidious. I cannot watch a TV show or a movie that portrays sexual violence with a romanticized gaze. If you are going to make the choice to depict a sexual assault, it should be viscerally disturbing to the viewer. Their gut should twist. Not because you are editorializing about sexual assault, but because that’s what sexual assault is.

It is the difference between my ability to endlessly re-watch Watchmen despite it disturbing rape scene and my inability to make it through the sexual violence in the first season of Game of Thrones. One was viscerally disturbing. The other one kind of wanted to be sexy. Yet, many people causally watch both the former and the latter.

(You can substitute another topic for sexual violence, if you prefer.

This week, the depiction of death by suicide has become a hot topic due to its portrayal on 13 Reasons Why.

Romanticized portrayals of violence or self-harm erode a viewer’s ability to discern the objective truth of an event in reality. The fictionalized version takes over – whether that’s the seductive ease of ignoring informed consent or the glamorization of suicide.

It’s not that people object to suicide as thematic content. It’s the way it was framed.

Last week, news broke that a new BBC show depicting the UK Black Panther movement was centering a South Asian woman as it primary protagonist rather than a black woman. Regardless of the dubious historical accuracy of such a choice, choosing to cast non-black woman as central to a black civil rights movement erases black women from their own history. We saw a similar act of erasure of trans women of color in the movie Stonewall.

It’s not that people object to non-black characters appearing in historic civil rights narratives. Is the lack of portrayal of black woman.)

Having established my particular dichotomy of offensive story vs. irresponsible portrayal, now let me lay this one on you:

(Let’s not split hairs – Hydra is a Nazi organization whose ideals have been slightly sanitized for comics. More on that in a moment.)

He isn’t pretending. He wasn’t brain-washed. Hydra used the Cosmic Cube to retroactively change Steve Rogers from American boy with a heart of gold to Nazi-sympathizing double-agent.

On one hand, I don’t think Cap being altered to be a truly vile villain should be off-limits as a story. I don’t think making him the symbol of everything he has fought against ought to be immediately rejected.

On the other hand, Nazis. END_OF_DOCUMENT_TOKEN_TO_BE_REPLACED