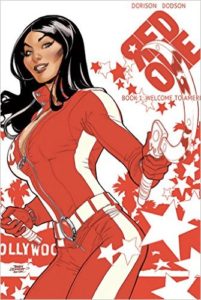 There’s a very interesting premise here: The Cold War served the ruling class of Russia as much as that of America, and the best way to extend that was to make sure America was a land of increasingly liberal hedonists. What if America was suddenly gripped by an evangelical vigilantism that threatened to plunge the country into a conservative movement bordering on Neo-Fascism? What if Russia was willing to send in their best agent – Black Widow under another name – to disrupt the trend? END_OF_DOCUMENT_TOKEN_TO_BE_REPLACED