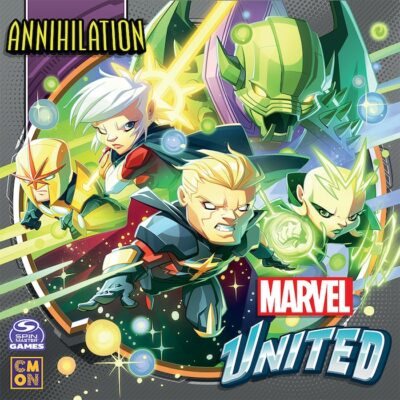 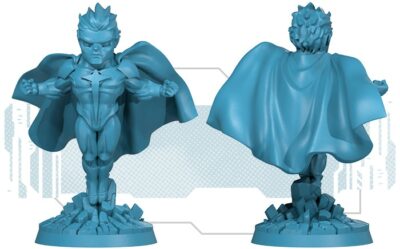 This is the third time in this campaign I’ve accurately predicted an expansion (and, fourth if you count my pre-campaign guess of this exact “Coming of Galactus”) box. Will my psychic powers extend to the final two boxes? Let’s check in on my list of expansion box predictions, based on my Guide to Marvel Universe Events. END_OF_DOCUMENT_TOKEN_TO_BE_REPLACED 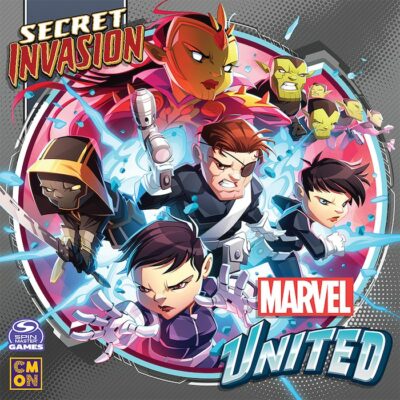 With that in mind, it’s time to pivot to an all-new, not-entirely-different list of 20 predictions that repackage major characters into events-based boxes. For a list of all of Marvel’s many line-wide events over the decades, check out my Guide to Marvel Universe Events. END_OF_DOCUMENT_TOKEN_TO_BE_REPLACED 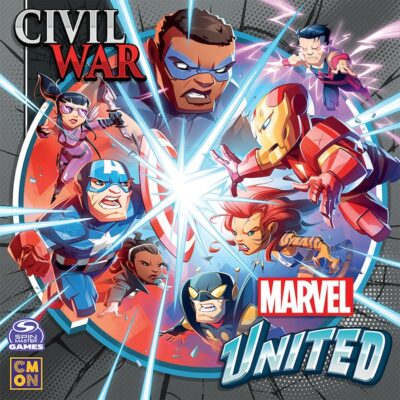 We interrupt this post I had just started writing about the Marvel United: Multiverse Kickstarter campaign to bring you breaking news from the Marvel United: Multiverse Kickstarter campaign! Today, CMON announced their first new expansion box of the campaign, and it’s a massive one: War of Kings, including the entire primary cast of Inhumans and two X-character Shi’ar foes! 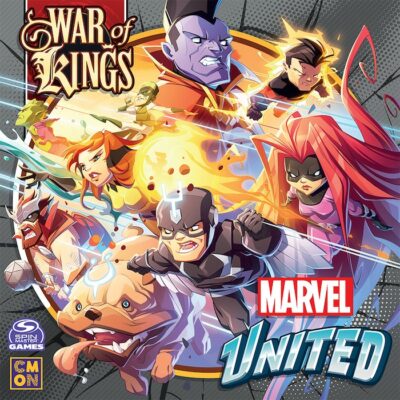 Let’s talk about this newly-announced box for a moment, and then I’ll get back to what I was already in the process of writing about – which is the many mutant characters who have been popping up as stretch goals over the past couple of days.

I have a 800+ character wishlist for Marvel United. I’ve ever grouped them into potential boxed sets whenever I could theme a group of them together. I know some of them are far beneath CMON’s threshold for notice. Maybe we could get Wiz-Kid, but we’ll probably never have my beloved Siena Blaze.

The Inhumans are one of those potential boxed sets, but I wasn’t sure if they were popular enough to merit their own expansion. They haven’t had their own ongoing for several years, and they were unceremoniously excised from the Marvel Universe. Casual comic fans likely only know half the royal family at best. CMON has snuck in many niche characters like Cloak & Dagger and the Starjammers via a steady drip of Stretch Goals, and I thought if we were lucky we could score half the royal family that way.

I was far to pessimistic about our chances! We’re getting the full royal family that I selected in my spreadsheet – Black Bolt, Medusa, Crystal, Gorgon, Karnak, & Triton. Plus, a full sculpt and set of cards for Lockjaw! Plus, Gladiator – leader of the Shi’ar Imperial Guard – as a dual-playing Anti-Hero that can be a hero or a villain. And, one fully-evil Vulcan, the lost Summers brother.

ALL IN ONE BOX. For $35, that’s less than $4 per character. The only way this box could be any better is if they made Vulcan a hero (after all, all mutants fight for Krakoa!) – but I can take care of that on my own.

Cue me screaming my head off in Marvel geek delight. Also, all of their figure sculpts look amazing, and their power dynamics sound unique. Crystal can use her earth control to block villains from moving into a location, and Triton gets special advantage in locations marked with water tokens.

Meanwhile, the post I was already working on is this: CMON has really stepped up on filling in mutants they didn’t get to in their X-Men campaign. We’re only on Day 3 and they’ve already completed the entire Starjammers, gotten two characters into Generation X, and added everyone’s favorite good boy – Doug Ramsey!

Let’s take a quick look at which X-Characters have been announced and who remains MIA. END_OF_DOCUMENT_TOKEN_TO_BE_REPLACED

I feel like a kid at Christmas today, even if it will be an unbearable year of waiting before I can open my present. That’s because board game publisher CMON is back on Kickstarter with a third wave of their delightful Marvel United game – and this time, it’s multiversal! Their new campaign is for Marvel United: Multiverse! 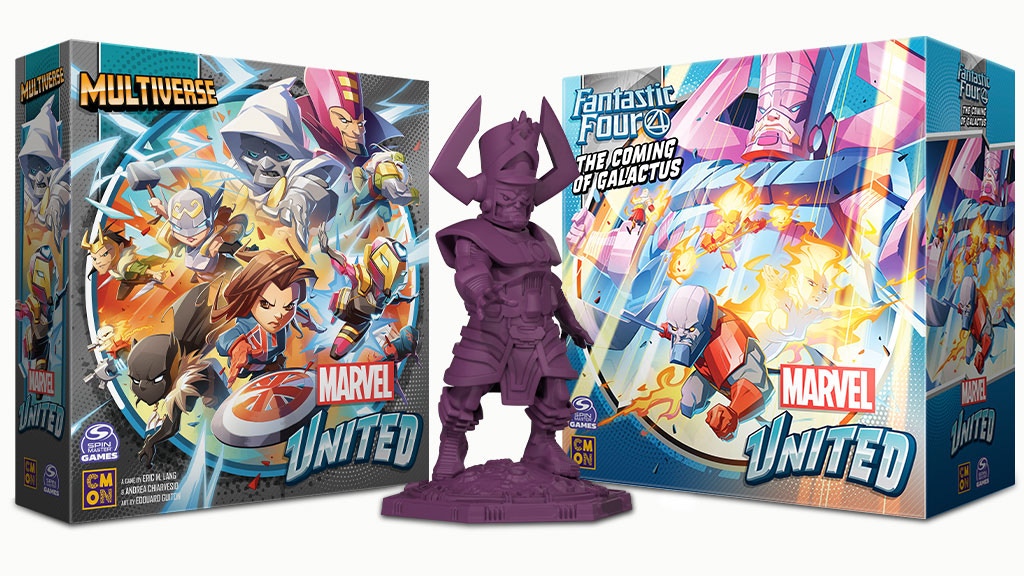 Marvel United is a cooperative game where you play as one or more heroes fighting an iconic Marvel Villain who takes automated turns based on a sinister Master Plan deck. The fight extends to six familiar Marvel locations drawn from a pool of dozens, and each one contains a threat and a number of innocent bystanders and annoying henchmen.

On your turn, your hero plays a card to “the timeline” that contains one or more action symbols that let you fight, move, or save the day. But, you’re not alone – you also get to re-use the symbols from the card of the hero whose turn was before yours. Together, you write the story of your fight to save the world – or maybe just New York City – from your foe’s villainous plot.

I passed on the original Marvel United campaign because I wasn’t attracted to the Chibi-style hero art. Plus, it was heavily focused on the MCU and was completely devoid of mutants. We don’t support anti-mutant discrimination in this household! However, when a campaign entirely comprised of X-Men loomed in 2021 I picked up the core game at retail to see what it was all about and immediately became hooked. It’s a fun solo game, since you don’t need an opponent. The hero mechanic is incredibly simple, but it can lead to intriguing puzzles as you try to plan the perfect combos of actions across multiple turns while staying out of the way of a rampaging villain.

If I had one complaint about the game, it’s that the heroes all felt a bit same-y. Each of them had a deck of twelve cards with different balances of symbols, but for most heroes only three of them were “special moves” that did something unique. After my first two plays, I fired up a spreadsheet and a started to define “Special ability” and “Combo Move” for each hero so they felt more persistently powerful.

For example, here is what I drafted for Black Widow: END_OF_DOCUMENT_TOKEN_TO_BE_REPLACED