It’s part two of talking through the massive brick of comic books I pulled off the shelf last episode, including a Wolverine blockbuster, and apocryphal tale of Elektra, and the one Jonathan Hickman book I just hate – plus, a quick overview of Jonathan Hickman’s indie bibliography.

On today’s episode of Crushing Comics I unveiled the first international comics haul of new comics collected editions that’s arrived since I’ve been here in New Zealand! I don’t know how I made it this long without a fresh supply of books (and hopefully not any spiders).

Here’s what I unboxed in alphabetical order, along with their accompanying guides (if applicable): 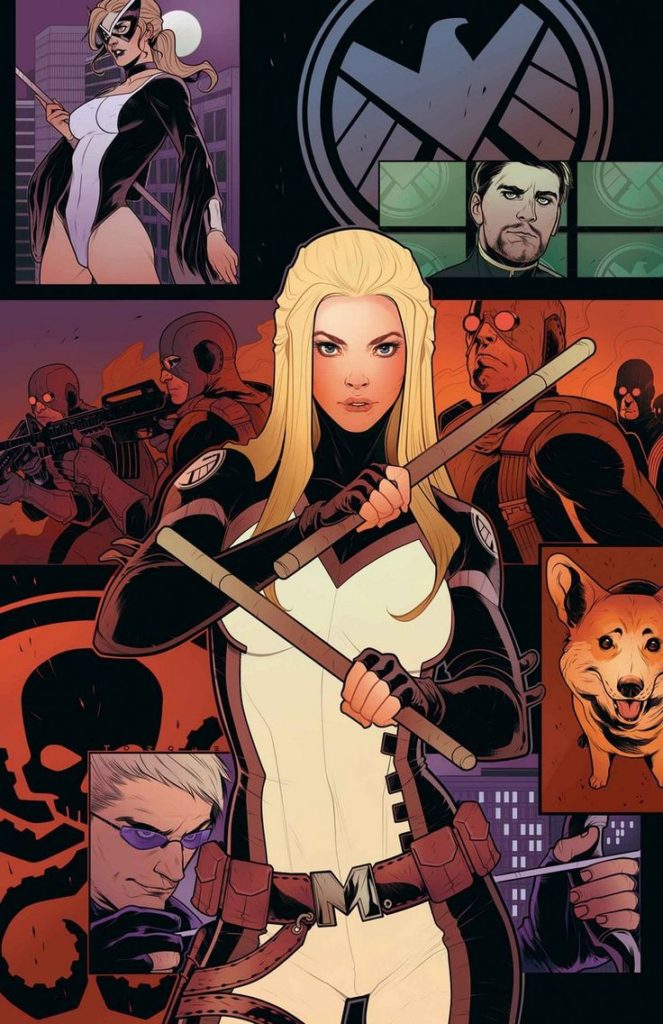 When most comics fans think of the most fearsome, non-powered Avenger, they’ll typically name Hawkeye – or, perhaps Black Widow (though whether she has any enhancements is debatable).

The best answer is actually Bobbi Morse AKA Mockingbird, but part of her allure is that you would have never thought of her.

Mockingbird has the athleticism of Hawkeye (she’s a trained gymnast and combatant), the secret agent training of Black Widow (she’s a member of SHIELD, where she graduated top of her class), plus she holds a PhD in biology. Her origins find her roughing it in the Savage Land as Ka-Zar’s original blonde love interest before turning out to be a SHIELD agent under deep cover. Her first solo story finds her going under even deeper cover by dropping out of SHIELD for her assignment before returning to SHIELD to root out their double agents.

Yes, she’s pretty awesome. So, why is she so often forgotten by Avengers fans?

First, because until the 2010s she has always been cast as a love interest – first to flirt with Ka-Zar and then after just a two-issue breather on her own she’s married to Hawkeye! She joins the Avengers seemingly through marriage, as if she’s being added to a health insurance plan. Though she later is a founding member of Avengers West Coat, she plays second fiddler to her headline star husband.

Second, there’s the matter of how she exits Avengers West Coast. I won’t spoil it here in the intro (although I do, slightly, below), but it left us without Mockingbird appearances for over 15 years! That’s a long time to forget about a hero.

Third, because it’s just her style. As a double- and sometimes triple-agent, Mockingbird has never been a character who sticks out as the big star – even after her return in Secret Invasion (as championed by writer/editor Jim McCann), she remained a supporting player.

That all changed thanks to her popularity as a Hawkeye-free character on Agents of SHIELD, and after a rapturous response to her first solo one-shot in 2015 (due in large part to writing by Chelsea Cain) she graduated to her own series in 2016 as she returned to widespread use in All-new, All-Different Marvel. END_OF_DOCUMENT_TOKEN_TO_BE_REPLACED