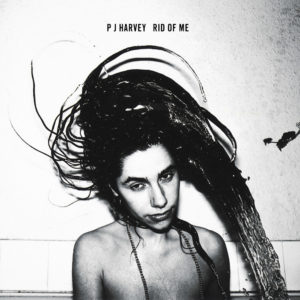 I’ve always felt this ought to be the credits tune to an adaptation of The Stand, with its depiction of God sparing Abraham’s son at the start to a roving gambler trying to start the next world war just to see if god would stop him in the final stanza. END_OF_DOCUMENT_TOKEN_TO_BE_REPLACED

I made you a mixtape!

A few weeks ago I received an email out of the blue from one of my favorite indie songwriters, the fantastic and frequently award-winning Mieka Pauley. Many moons ago I had volunteered our (former) house for a private show, and Mieka was finally ready to redeem our invite.

Such was the genesis of our impending house concert on 8/22, with Mieka Pauley and a special performance by yours truly, because this little shindig is AKA The Crushing Krisis 10th Anniversary Concert.

Mieka’s been on my mind all week, as is every one of Filmstar’s 17 songs as I try to absorb them all into my bass-playing body. Thus was the genesis of this mixtape. You can download all seven songs as a 38MB zip for a limited time.

1. “All The Same Mistakes” – Mieka Pauley
This was the free advance track from her outstanding 2007 LP Elijah Drop Your Gun. It’s an outstanding song, and probably the reason I chipped in towards her fan-funded album.

2. “The World Is Mine” – Filmstar
Despite it’s simple bass line, this song is the one that’s vexing me the most in rehearsal. Not coincidentally, it’s my favorite of all of their pre-2010 tunes. Watch it live on YouTube.

END_OF_DOCUMENT_TOKEN_TO_BE_REPLACED

On the list of Arcati Crisis’s mutually favorite artists I don’t know that there’s a musician that debuted within our lifetimes ranked higher than Tracy Bonham.

Tracy’s was the second concert Gina and I saw together; the first was Presidents of the United States of America. Gina and I were possibly the first people into the TLA that night, because I remember standing almost directly in front of Tracy, pressed up against the barricade, Gina intently watching her fingers on every song.

At the end of that school year, Gina decided to audition for the school talent show, and the song she decided to play and sing was “Sharks Can’t Sleep.”

I had just starred in my first play, but at the time I didn’t play guitar. Or sing, for that matter. Yet, when Gina told me about the talent show, I had an unexpected reaction – I asked if I could sing with her.

Our friends were immediately skeptical about this – not only did I not sing, but I was at some point banned from singing entirely in the basement hallway where we all ate our lunch. Suffice to say, I was not experiencing widespread support for my sudden impetus to vocalize.

However, I did have one supporter: Gina. Gina brought in her guitar so I could practice, and gave me my own verse to sing.

As murky as some of the details of this story are, my memory of auditioning for the talent show committee is crystalline. We were seated in the corner of the band room, Gina and I and our friends Lucy and Joanna, who were singing harmony. When we got to my verse I shook like a leaf, but ever-so-carefully sang “Met a star today…”

Afterwards someone on the committee said, “I didn’t know he could sing.”

I don’t have any memory at all of being on stage at the talent show, although there are photos to prove that it occurred. What I do remember, and will always know, is that afterwards I – completely out of the blue – demanded that my mother buy my a guitar.

I’m sure I demanded a lot of things at the time, being a stubborn only-child teenager, but for some reason this particular demand was taken seriously. Within a week I had my clunky old Ashland guitar in my hands, and a guitar lesson once a week. I kept taking them until I learned the F sharp i needed for “Sharks Can’t Sleep” and never looked back.

Over ten years later it is both completely apropos and batshit crazy that I am playing guitar in a band with Gina, since I wouldn’t be playing or singing at all without that first nod of support.

This fall Tracy blogged about “Sharks Can’t Sleep.” (She also spent some time co-writing with Garrison Starr, which blows my mind, as Garrison is my #2 longest supported indie song-writer right after Tracy. Whatever song they wrote, it is surely the best song in the known universe.)

Last year Tracy stealthily released an acoustic disc, In The City + In The Woods. She also peppers her homepage with downloads of new demos, so I suggest you keep an eye out.

We just saw The Corpse Bride. You know a movie was earth-shatteringly dull when the only thing Elise and I can find the discuss on the way out was the lighting. Inexplicably, it has a 81% on Rotten Tomatoes.

Spoiler-free Serenity review. We’ll be seeing it next Friday with Erika and Anthony next Friday.

I wish i could walk into one store that isn’t playing the new Kanye West album, but for that to happen i might have to discover the secret of time travel. I mean, i love Jon Brion as much as… well, probably more than the majority of people buying the Kanye West disc, but it’s not nearly as good as, say, the Tracy Bonham album.

Cute-but-obvious article on how Random Playlists aren’t Random (but are). Also: Virtual plague breaks out in World of Warcraft, and cannot be contained. Seems cool from a distance, but I’m sure I’d be annoyed if all of my heroes started dropping like flies. Hell, the Vahlizok disease was annoying enough. Meanwhile, a fascinating article on one of the first online communities: LucasFilm’s Habitat. It’s dry at points – for the funny anecdotes skip down to “Running the World.”

After two months, i still don’t have a functional ATM card. WTG, Citizens Bank. Must decide if i want to have drinks in NYC tonight but haul-ass to the train, OR leisurely hang out tonight but wake up at the crack of dawn tomorrow for same train.

When whale sounds emerge from the cube across from me, it means Elib is listening to Coldplay. I keep trying to find something likeable on their CD, but all I hear are Chris Martin’s “soaring” vocals, which from across the row sound a lot like whale sounds. I feel as though Coldplay is Michael Bolton for the alternative crowd – seems so substantive and credible now, but no one will own up to owning them in a decade or two. I could be wrong.

My dreams have been the same for a week now. Each night I revisit some previous point of my life. Some nights it has been like Quantum Leap, in that I seem to be viewing the scene through some otherwise unsuspecting body. In one dream I flirted with my first grade teacher while first-grade-me was packing up his bags from across the room. I’m not sure whose body I was in; hopefully not my mother’s.

In case I haven’t mentioned it to you personally, Tracy Bonham’s new record is fantastic. It’s pretty much all I ask for out of a record: smart, playful, great harmonies, killer hooks. The fact that it will not sell a million copies is criminal beyond my comprehension. I saw Tracy just a few weeks ago and, other than my gushing at her like a mutant afterwards, the show was wonderful. She’ll be in Philly again at the TLA with just her bassist on September 30th splitting a bill with Aqualung. It should be mentioned here that her bassist is utterly fantastic and a great singer, so the show should still be terrific.

I’m finding it hard to focus on anything after a week of work – just sit here and stare at the screen. I don’t want to be that person.