[Patreon-Nov16-Post-Bug][/Patreon-Nov16-Post-Bug]On September 24th. I found myself on stage in front of thousands of people, guitar held aloft beside my head, thrashing The Edge’s signature two-bar riff from the chorus of “Where The Streets Have No Name” while silently screaming with happiness.

As impressive and stadium-filling as many of U2’s epic early anthems are, when you break them down at the musical level you find that there’s very little there. Like, practically nothing. This song is pretty much a eighth-note bassline entirely of roots and a handful of chiming mid-neck electric guitar notes with a delay. Bono and Larry Mullen, Jr. do all the heavy lifting, and it’s not even all that heavy.

That’s fascinating to me, because I think this song sounds nothing less than majestic.

I discovered the simple bones beneath this epic song this summer as we prepared to play the first day finish line of the National Multiple Sclerosis Society’s City to Shore bike ride. My cover band Smash Fantastic had been invited back to play after missing 2015 due to a hurricane that never really came. 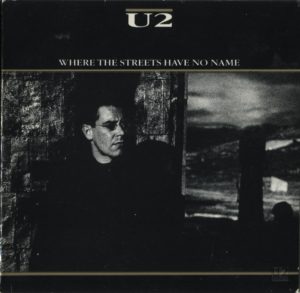 We had one problem – our lead singer, Ashley, would be at the happiest place on Earth during the show. She had even though about our charity gig while booking her Disney vacation, but was working from the later date of the previous year’s race.

Playing for the MS even is a cause that’s meaningful to me on several levels, so I didn’t want to pass up the chance to play and had Ashley’s blessing to perform without her. Yet, we couldn’t do that without a rocking female lead singer.  Jake and I both sing lead on a significant portion of Smash Fantastic songs, they weren’t enough to fill a two hour gig – and, even if they were, they’d leave out tons of our most-popular tunes.

Enter by BFF and long-time collaborator, Gina. We had done covers on many occasions as Arcati Crisis, including once as a wedding band. Plus, Gina is a karaoke veteran who occasionally fronted a rock band for holiday dinners at her old job. While she wasn’t going to be tackling any Kelly Clarkson, the Smash classic rock rep is right up her alley.

With Gina’s came the assumption that we’d be learning a U2 song. There’s just something about Bono’s overdramatic delivery and not-quite tenor voice that maps perfectly onto Gina’s voice, but we never had the excuse to exploit that as Arcati Crisis. Gina, Jake, Zina, and I kicked around a few choices, and decided that this would be the most-appropriate to celebrate finishing between 25 and 90 miles of bike riding.

I wanna run, I want to hide
I wanna tear down the walls
That hold me inside.
I wanna reach out
And touch the flame
Where the streets have no name. 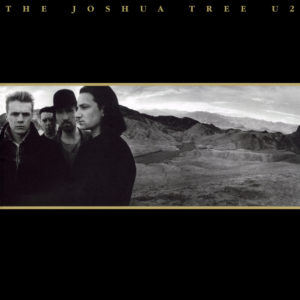 There was much charting and mapping to get the song set for our first go at rehearsal. It was almost too simple for us to make work – so few notes create the overall tonality that one minor misstep sends the song spinning into something unfamiliar. Yet, once we got past counting issues, those simple pieces snapped together perfectly. Suddenly, we were creating that majestic sound.

We rehearsed it only three more times before the show; there was really nothing else to do other than count.

I wanna feel sunlight on my face.
I see the dust-cloud
Disappear without a trace.
I wanna take shelter
From the poison rain
Where the streets have no name

On stage on a gray, windswept September day we rolled out of the second chorus and into the refrain and I had my guitar held up high beside my head as I kept up the machine-gun strum of The Edge’s riff while mouthing the lyrics along with Gina as a way to choke back my tears.

The city’s a flood, and our love turns to rust.
We’re beaten and blown by the wind
Trampled in dust.
I’ll show you a place
High on a desert plain
Where the streets have no name

For five minutes on September 24th, that majesty belonged to us.