Alright eager readers – like modern-day Marvel with their absurd .1 issues, I have one more interstitial installment of extra material about Marvel’s Most Wanted Omnibuses to share with you before I recap the final two spots of this year’s secret ballot tomorrow.

For this installment, I want to take a look at the books that have been printed and the ones that have mysteriously gone missing from the survey – and why that might be!

Not counting a few newly-revealed omnibuses for early 2017, the 83 books voted on in the first three years of the survey have yielded 20 Marvel Omnibus volumes. Whether you look at the survey as a guessing game or information that Marvel actually considers, seeing one out of every four books get printed is not such a bad ratio!

There have also been 21 books previously voted on that haven’t hit omnibus and aren’t represented this year, plus a few more than dropped off the survey and came back. If they didn’t get printed, why did we lose track of them?

Allow me to explain…

We’ll start with last year’s survey. Here’s what’s been printed since it was voted on last May – about 13% of the total list. 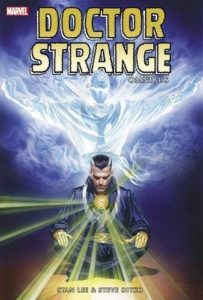 #3. Doctor Strange Vol. 1 AKA by Stan Lee & Steve Ditko
This initial Doctor Strange material has always been in-demand – it ranked highly in previous years even before the movie was confirmed!

#9. Master of Kung Fu, Vol. 1 (Volume 2 is also solicited)
This prized material climbed the ranks from barely hitting the 2013 survey at #24 to being in the top 10 two years later, likely due to both more voters and the increasing desperation for any coverage of this material while other most-wanted books had some form of reprint to their names.

#11. War of Kings
This had never been wished-for before 2015, likely because its original oversized hardcover had been so readily available until then. See the Marvel Universe Events guide for more details.

#43. Captain America, Vol. 2
This Stan Lee and Gary Friedrich material was one of the few Silver Age lines stuck on a Volume 1 omnibus – we finally got our hands on it timed to the release of Civil War.

#50. Deadly Hands of Kung Fu (Volume 1 solicited; Volume 2 is due in 2017)
Despite being the lesser quality of Marvel’s pair of Kung Fu omnibuses, some voters (me included!) were hoping for this book because it contains little seen stories with characters like Iron Fist and Daughters of the Dragon by some major Marvel authors. None of us thought it would possibly include editorial content from these magazine sized issues, which explains why it’s been expanded to two volumes.

Additionally, six books went entirely missing in 2016’s ballot despite not getting an Omnibus – all from the bottom half of the survey 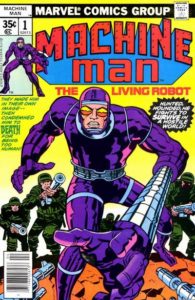 #25. Machine Man by Jack Kirby
This vote was diluted by a TPB solicitation for August that contains this material, yet it still just barely missed – this material was probably indicated by some voters by the 2001: A Space Odyssey vote we saw in yesterday’s post.

#33. Hulk by Peter David, Vol. 2
It’s a little puzzling to see this entry disappear after climbing from 2014 to 2015. My only guess is that seeing an Epic Collection solicited to directly follow the material it would include disincented folks from making another vote for it. See The Hulk Guide for other methods of collection.

#40. Avengers: Galactic Storm
As we saw yesterday, this one also just barely missed this year and will likely be back next year (if we don’t see it solicited by then). I suspect uncertainty about if and how Epic collections will deal with these issues torpedoed the vote a bit.

#43. Punisher MAX by Garth Ennis, Vol. 2
Maybe this was just a bad year for double-volumes hitting the survey together? Wolverine is the only one to manage it. Also, some of the thirst for this run was sated by the new trade paperback collections – this would likely cover the material from Volume 3 and Volume 4. Even the first volume dropped a few spots, which that high on the survey was likely dozens of points.

#47. Marvel Horror Essentials
This is part of the cloud of related monster and horror books that splinters votes each year, but it’s actually well-represented by this year’s #42 – so it hasn’t really disappeared.

#48 – Black Widow by Edmonson/Noto
I can’t explain this one’s departure – the series was solid and self-contained and hasn’t seen oversize print, but TigerEyes said “it wasn’t even close” this year. Lucky for you, the three TPBs it’s comprised of are still easy to pick up – hit the Black Widow guide.

Here’s what saw print or solicitation before it had the chance to be voted on in 2015 – again, about 13% of the total list of top votes. 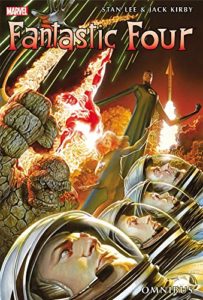 #1. Fantastic Four, Vol. 3
Marvel finally broke the “no classic third volumes” seal to print this edition and open the floodgates for other requests.

#5. Uncanny X-Men, Vol. 2
Like Fantastic Four, this edition really needed a reprint of the first volume before it would be able to do its own monster sales. Marvel took care of that in the fall of 2014, paving the way to get this in 2015. This edition proved to be so massively popular that it’s already being reprinted this fall!

#7. Avengers, Vol. 2
Avengers omnibuses have been timed like clockwork to their movies, so this showed up right on schedule with Age of Ultron.

#17. Annihilation Conquest
This material is actually better-regarded by some folks than the original Annihilation. When that sold out in a flash and the Guardians of the Galaxy became a huge hit, it was only a matter of time  before this hit Omnibus as well. Buy it now if you want it – the first Annihilation omnibus reached crazy prices pretty fast after it disappeared.

#28. Werewolf by Night
In a shocking twist, this relatively little-known horror material was actually hit with an omnibus for Halloween in 2015!

#36. Nick Fury, Agent of S.H.I.E.L.D.
After dancing around this run with a series of incomplete trade paperbacks, Marvel finally took the plunge with a single omnibus in 2015.

#48. X-Men: Onslaught
I have to believe people cast this vote as a sort of joke given the vast quantity of material associated with this crossover – no one ever thought an omnibus would be big enough to contain it! However, with the advent of thinner paper stock that shrunk the width of some older volumes by as much as half, suddenly a 1200+ page edition wasn’t so outlandish.

Fully one fifth of the list went missing in action between 2014 and 2015. While a few were for obvious reasons, many simply fell into a black hole – including one that made a big comeback in 2016! 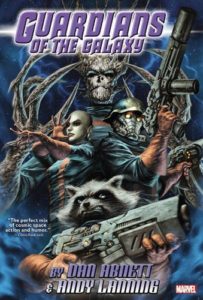 #12. Guardians of the Galaxy by Abnett & Lanning
This is a tricky one because, as you can see, it is indeed now an omnibus. Yet, I’m not sure that the 2016 Omnibus wasn’t announced in time to knock it off the 2015 survey. I think the two-volume Complete Collection sated enough thirst to knock this off of folks’ lists (I know it did mine) for 2015, even if we did already know it was coming when we voted in 2014. See Guardians of the Galaxy for more collection details.

#20. Dr. Strange by Roger Stern
I can’t explain why this disappeared for a year in 2015 only to return this year, because we hadn’t yet seen the Masterworks line reach this far when we voted last year. It’s a total fluke!

#32. Amazing Spider-Man by JMS, Vol. 1
This was on the just-missed list this year, perhaps that was the case last year, too.

#34. Daredevil by Ann Nocenti, Vol. 2
This volume two disappeared from voting even while her first volume hung out in the top 10. Some of this run is now covered by an Epic Collection, but I don’t think we knew that when we voted in 2016.

#35. The Monster of Frankenstein
Unlike his fellow monster the werewolf, Frankenstein was relegated to a trade collection for Hallowen 2015, defusing his voting block.

#41. Sensational She-hulk by John Byrne
This one only experienced a temporary dip – it was back this year. 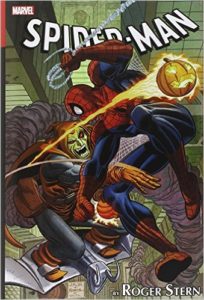 The original survey in 2013 only had 28 officially ranked books, and five of them were solicited for print between that year and the next – which was 17%.

#5. Spider-Man by Roger Stern
Roger Stern’s material is generally just good comics and he is venerated by the classic crowd who cast the most votes for the survey.

#6. Uncanny X-Force by Rick Remender
In retrospect, it was a little peculiar to see such a recently-wrapped-up run rank so highly – this year’s Hickman vote is the only real comparison. It just goes to show how much of a blockbuster run this truly was. When this volume quickly went out of print it escalated to sell for three times its list price or more – that’s better than some stocks do in the span of as many years!

#12. (tied) Captain America by Ed Brubaker, Vol. 4 AKA The Trial of Captain America
Marvel had pumped out the first three Brubaker Cap volumes at two-year intervals; when no fourth volume was solicited for 2013 I think the villagers went a bit mad. 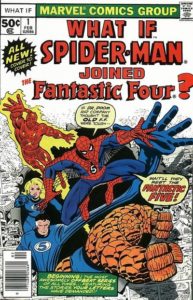 #19. Marvel Monsters of The 1970’s
This book was ill-defined, and its votes likely transferred to the more encompassing Marvel Horror.

#22. Wolverine (1988 series), Vol. 2
As we know, this finally made a comeback this year! I suppose the Silvestri/Hama trade paperback printings might have slightly cut into the desire to see it, even though now we’ve all agreed that material might not be hit until a third volume. See the Wolverine Guide for collection options.