You are here: Home / consume / comic books / The 2015 Most Wanted Marvel Omnibus Secret Ballot Results (and, what’s been printed?)

With voting open for the 5th Annual Most Wanted Marvel Omnibus Secret Ballot, I’ve spent a lot of time talking about the 2016 secret ballot results, but that was the fourth year of the survey!

Last year I devoted just one summary post to what got printed and what disappeared, but to this point the only place to read the full results of prior ballots was to dig through dozens of message board posts.

Today and over the weekend, I’m going to work backwards through the results of the first three years of the ballot. There were 52 books on the 2015 ballot results due to a pair of ties. How many of those books have we seen printed since then?

That means 17 (32.6%) of all 2015 Most Wanted Marvel Omnibuses have been printed as Omnibuses! But, what about the proposed material hitting other formats?

6 of 52 (11.5%) additional omnibuses had some or all of their contents solicited to date

In total, 31 of 52 (59.6%) of the 2015 votes have been recollected (after eliminating overlap between those lists – Michelinie Spider-Man and Hickman Avengers). Meanwhile, 6 unprinted Omnibuses from the 2015 results didn’t return in 2016. For more on those books, see last year’s past survey summary, What’s been printed and what’s gone missing? 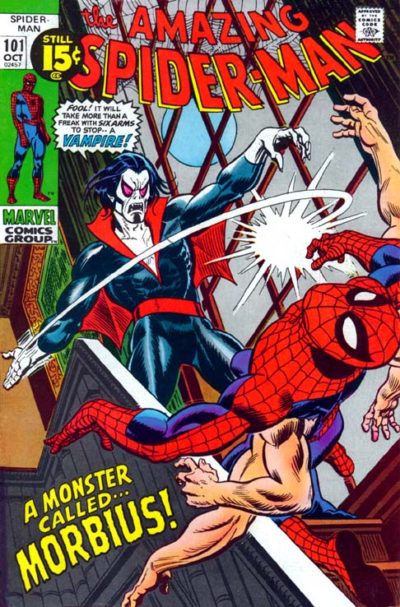 Survey voters have kept this Silver Age third volume in the Ten 10 of all four prior years of the survey, but it peaked at #1 in 2015. Why? Because Marvel was on the brink of releasing their first ever third Silver Age volume, Fantastic Four, Vol. 3. Yet, we didn’t get it in 2016, since there was no Spider-Man media property to attach it to – these classic Spidey omnis have been pinned to movies for a while now.

Fun fact: The top-ranked omni across all years has never been #1 on the list. While I don’t have access to voting data, it feels like this maintains a relatively constant amount of support and that other books sometimes crest and pass it (Spider-Man in 2015, X-Men in 2016).

Doctor Strange maintained this high placement despite its Volume 1 Masterwork getting a reprint in 2015! It’s no surprise this omnibus wound up printed in 2016, since it’s the most obvious accompaniment to a Doctor Strange movie.

While no New Mutants omnibus turned up in 2016, we did wind up seeing a Bill Sienkiewicz artist edition. Sienkiewicz’s run on New Mutants is revered enough that the vote probably didn’t tip the scales.

This most-wanted volume was already quickly accelerating on the survey before we knew there would be a third volume! That might seem a little odd, but we were just seeing our first ever classic third omnibus, and the Volume 3 material was newly covered in Masterworks as of the February before the poll. Fan attention had already turned to this material, which had always appeared on the survey due to it previously being one of the only gaps in color Claremont reprints.

Demand for this Daredevil volume peaked in 2015 as an era without solid reprint coverage, but was deflated in 2016 with the announcement of an Epic collection covering some of this material. 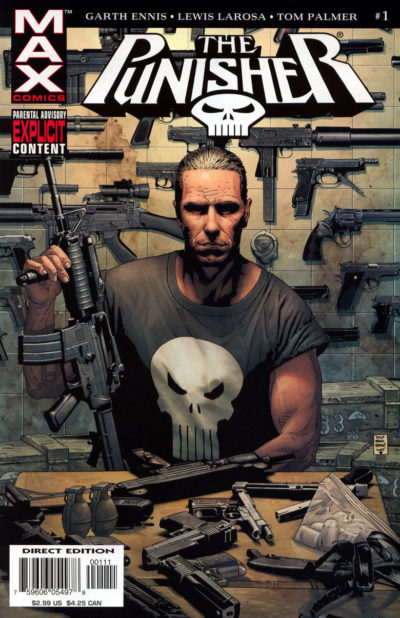 While this didn’t hit omnibus in 2016 (or even in 2017 with the upcoming Punisher Netflix show, to everyone’s shock!), it did see reprint in paperback Complete Collections in 2016.

How did this one come from nowhere to just miss the Top 10 in 2015? I don’t really have an explanation. My best guess is that voters’ focus was previously on a Guardians of the Galaxy omnibus (#12 in 2014), since that series was practically unobtainable with the movie on the horizon. With that demand plugged by a pair of Complete Collections, a swath of cosmic Marvel lovers plus new Guardians fans turned their gaze upon the next-hardest material to track down starring the Guardians – the War of Kings crossover.

This is a terrific example of the unquenchable omnibus thirst of voters for Marvel’s original Silver Age books. With prior #1 vote Fantastic Four, Vol. 3 seeing print in 2015, voters immediately shifted focus to the next book in the series.

A good case study in the fact that Epic Collections really have no effect on the votes on this poll unless they’re covering previously unreprinted material This run hit Epic in both 2015 and 2016 while it rose in standing on the poll. (It also shows that getting Epic Collections doesn’t actually hurt our chances for omnibuses of the same material.)

Another book that rose in standing despite part of its run being hit by an Epic Collection. 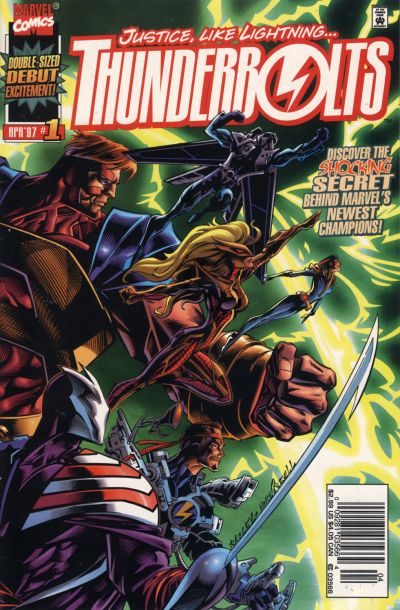 This saw its first ever color reprint in Epic Collection in both 2014 and 2015, with seemingly no effect on its rank.

This saw Epic Collection in both 2015 and 2017 (some of which were its first ever reprints!), which is likely why it reversed course and dropped off the survey after a significant rise. 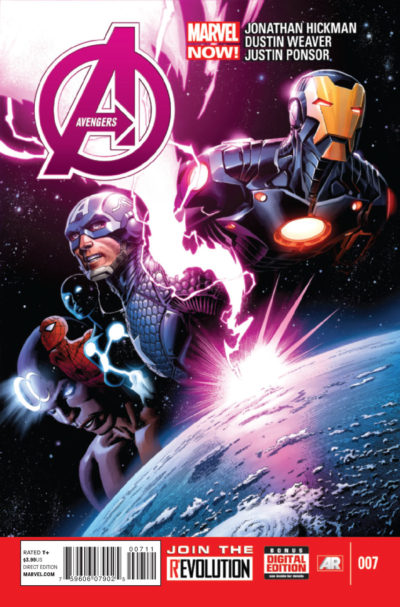 Voters were hot for this run in omni despite already getting perfectly good OHCs – and they’ll get their wish in just a few short months.

This makes an appearance despite the Warlock by Starlin reprint in 2014.

Marvel had just wrapped up reprinting the initial Alan Moore run of Miracle Man as we were taking the survey, explaining this sudden appearance. Marvel’s lack of comment on a premium collection (and on the continuation of the subsequent Neil Gaiman run) will likely keep this floating high for the foreseeable future.

Voters realized this series was ripe for omnibus format with Waid’s run drawing to a close with the coming of Secret Wars.

One of the few omnibus lines to rank both a first and second volume on the survey at the same time, I suspect the 2016 Complete Collections deflated this demand (especially since there was on OHC that this book would cover that had grown particularly expensive in 2015).

To me, this book exemplifies the fact that there are Marvel omnibuses out there that tons of people are interested in even if they wouldn’t name them off the top of their heads. Given 80s Marvel fans obsession with this licensed series, there’s no way it should have been unranked in 2013 and 2014 – the same interest that took it to #25 in 2016 already existed! However, no one had seen the book on the list to think to vote for it until it appeared here. We saw the same thing in 2016 when early voters tipped later voters that they’d started to vote for “Mutant Massacre Aftermath” as an omnibus. 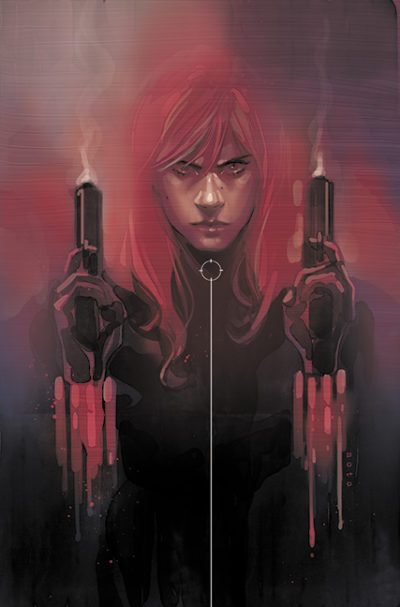 It’s likely that a pair of Complete Collections in 2014 briefly took the wind out of the sails of this vote, but it’s already began bouncing back in 2016.

I have to admit votes for this book confuse the daylights out of me. Not only it is a pieced-together run of issues with a big gap, but voters kept on voting for it even after getting the exact chunk of missing issues in TPB in 2016! Would we have gotten that 2016 TPB without the persistent interest in this book? Hmm..

I suspect getting Son of Satan in paperback in 2016 took the edge off the desire for this one, as he’s one of the major characters represented by this material.

This has the curious distinction to be the only Marvel Now material to make it onto the survey so far aside from Hickman’s Avengers and Waid’s Daredevil. That’s impressive! However, it also leads me to make some guesses about point thresholds towards the bottom of the survey. With this being a relatively niche choice and #1 vote counting for 10 points, it seems likely to me that it saw a first place vote and a handful of lower votes to boost it onto the survey, and then lost its #1 vote in 2016. Does that mean these final choices have just a handful of votes and under 20 points each? Speculating is part of the fun!

It’s hard to say if this dip is a fluke of the data. A pair of Complete Collections covering this material were released in 2014, and we knew that when we voted in 2014. Yet, with those books in hand suddenly the interest waned before cresting again. What gives? I haven’t got a clue!