A few weeks ago I updated the Guide to X-Factor to present day, which means now it’s time for mathing and mapping X-Factor! How much of X-Factor been collected from its start in February 1986 to the team’s most-recent appearance Dec 2021? How many issues have been collected in color, Epic Collection, or Omnibus formats? And, what’s the perfect X-Factor mapping to collect the remaining issues into an impressive shelf of omnibus volumes

Get ready for the deepest possible dive into the data behind the physical collections of X-Factor! 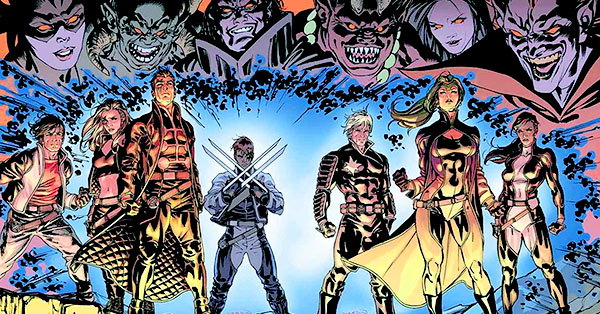 This is a pilot of a new post format that acts as a companion to major guide updates. It’s a way to bring back my popular series of omnibus-focused posts from 2017, where I looked at dozens of likely entries on Tigereyes’ annual Marvel Omnibus straw poll and then mapped the results.

Those posts were major favorites for many readers, but each one could take as long as a brand new comic guide – and, back in 2017 I still had many guides still to build. Oh, and there was also the brief interruption where I found out we would be moving to New Zealand in the middle of the 50-post series!

To get started with our X-Factor Math & Maps, let’s look at the current collection standings for X-Factor:

* I am no longer including Essentials in my tally of collected issues now that they are long out of print and Marvel has retired the black-and-white reprint format.

How does that break down across every X-Factor series? What am I even counting? Read on to find out! And, when you’re done, be sure to leave a comment to let me know if you’d like to see more posts like this in the future.

END_OF_DOCUMENT_TOKEN_TO_BE_REPLACED

Now that I’m digging back into my comic guides, it’s time to start attacking my backlog of 150+ guides that haven’t had a significant revision in half a decade! Time flies when you’re reading comics. This week, I’ve reached back to update one of CK’s earliest guides. Actually, I re-wrote every word and rebuilt every link from scratch to make it easier than ever to find the physical and digital collections you want. Welcome to my all-new, all-different Guide to X-Factor. 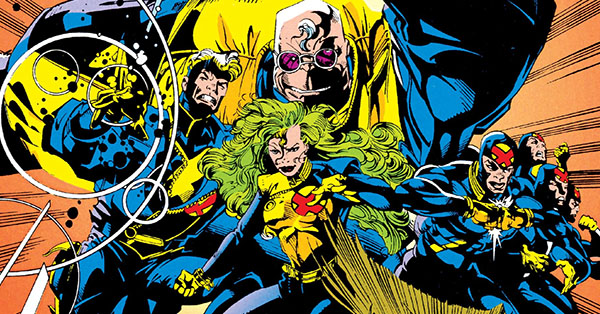 My last update of the Guide to X-Factor was in the middle of the Reign of X, which means it wasn’t missing too many collections – just the newest Epics and the relatively fresh second and third volumes of the Peter David Omnibus line.

However, that doesn’t meant the page was easy to use! The guide had grown to be a labyrinth of collections with 20 years worth of competing oversized hardcovers, Epics, and paperbacks. That approach to guide organization predates Marvel’s more-organized approach to the contents of Omnibuses and Epic collections. Now that collection formats are getting tidier, the guide should follow! Now, major collection formats have their own sections that you can easily open or skip.

As a result, I rebuilt every collection link on the page. That’s not the only big change to this guide. I’ve added all of the features of the newest guides on the site, including a “Where to Start” section, digital purchase links, reformatted images, and links to read on Marvel Unlimited!

This was one of my milder rebuilds, since it didn’t require adding many new collections or researching character appearances. It still took a whopping five hours altogether, which is almost as long as it takes to create a small new guide from scratch! I’ve got my work cut out for me keeping everything updated, but the more often I do it the easier and quicker it becomes.

Enjoy this renewed Guide to X-Factor – and, let me know in the comments which of my 200+ guides you’d love to see me update next! 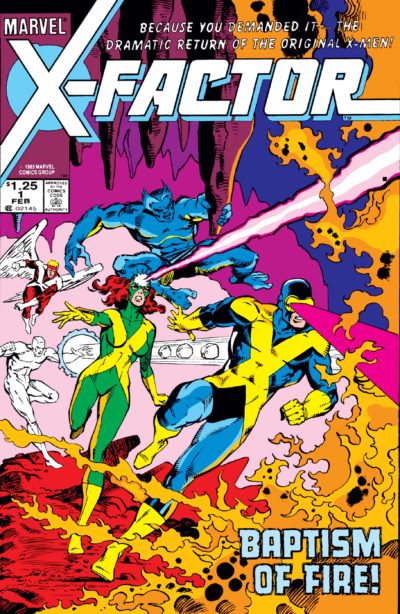 The year is 1985. Jean Grey is still dead. Cyclops represents the “old guard” in Uncanny X-Men and is increasingly unnecessary to the team, though he continues to get pulled back into their adventures despite starting a new life (and family) with Madelyne Pryor (later decided/revealed to be a clone of Jean!). Angel, Beast, and Iceman are roughly half of the New Defenders in a title headed for cancellation. END_OF_DOCUMENT_TOKEN_TO_BE_REPLACED

The Most Wanted Marvel Omnibus Secret Ballot allows collected editions fans to play “Fantasy Collections Department” by picking the runs they’d most like to see in an oversized format.

Now that I’ve recapped the history of past years of the Ballot, we’re up to two weeks of the really fun stuff – thinking up dozens upon dozens of suggestions for Marvel omnibuses we’d love to see on our shelves!

I highlighted 50 runs that deserved an omnibus at the close of the survey last year, but this time I’m going to be a lot more comprehensive. 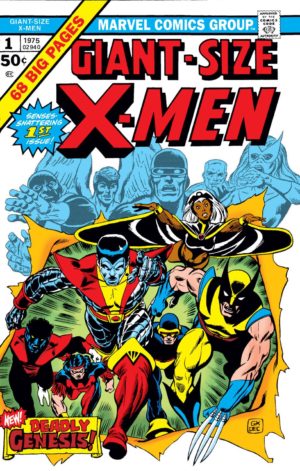 I’ll begin on my home turf: The X-Men. It’s how Crushing Comics guides began, and I own every issue of X-Men in either single issue or collected format, so I’m accutely aware of the gaps in oversized content.

Today I’ll cover both existing and potential Omnibuses for X-Men from their debut in 1963 through the launch of X-Men, Vol. 2 in 1991. Then, tomorrow we’ll look at the tumultuous and under-collected 90s, before finishing up on Wednesday with the pair of most recent X-Men eras – from Grant Morrison’s New X-Men in 2001 through present day.

After that, we’ll rinse and repeat this exercise in reverse for the entire Marvel Universe, working backwards from the current All-New All-Different Marvel to look at the top possible omnibuses across the entire line from every period until we’re back to the few books still left uncollected from the 1960s.

So, if you haven’t yet voted in the poll or just need a few more books to fill out your personal Top 20, get ready – the next two weeks of CK will have over 100 omnibus suggestions for you to choose from!

There are 19 potential omnibus volumes in this material! Collected Edition mapping can be exact and contentious work, so if you have a correction or disagreement don’t hold back – sound off in the comments below!

END_OF_DOCUMENT_TOKEN_TO_BE_REPLACED

Want to learn more about the Marvel Omnibus editions that already exist and the issues they cover? My Marvel Omnibus & Oversized Hardcover Guide is the most comprehensive tool on the web for tracking Marvel’s hugest releases – it features every book, plus release dates, contents, and even breakdowns of $/page and what movies the books were released to support. END_OF_DOCUMENT_TOKEN_TO_BE_REPLACED