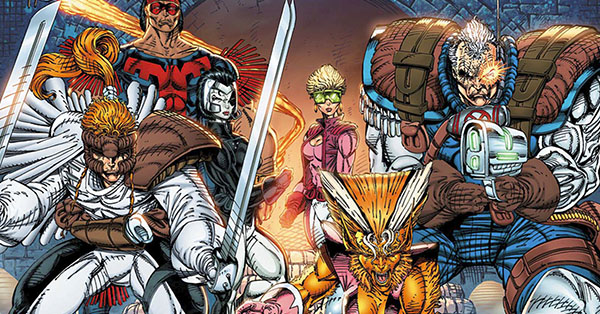 In this episode my Clue t-shirt sends me on a brief trip down memory lane about all the macabre stuff I liked as a kid. What was your totally peculiar interest as a child?

Afterwards I unwrap one of the most mainstream comics of my childhood: the initial run of Rob Liefeld’s X-Force! It’s at once the perfect metaphor from mutants moving on from an eternal high school and a bit of a let down when it comes to the big ideas behind the guns and pouches.

Episode 42 features the X-Force Omnibus, Vol. 1. For more information, head to the Guide to X-Force.

Looking for Deadpool? You’re not crazy – he and Cable used to share a page! See The Definitive Deadpool Collecting Guide and Reading Order. 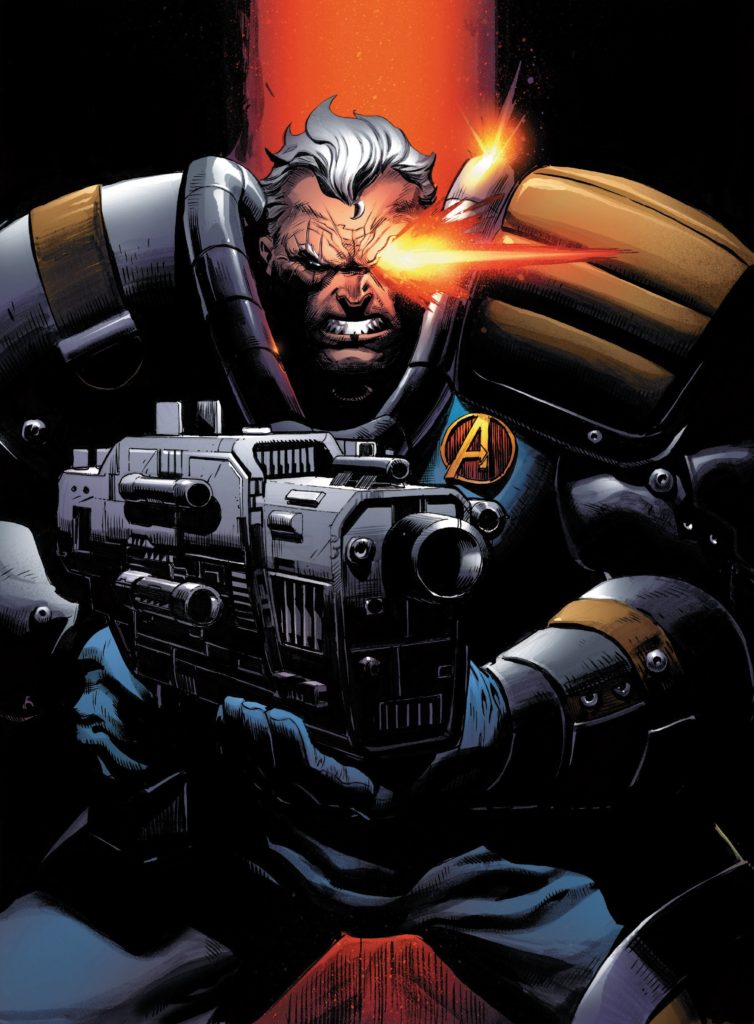 Cable was the creation of Rob Liefeld in 1990 when he took over pencilling New Mutants and was charged with creating a leader for the team that contrasted with Professor X’s more non-violent philosophy. The character he came up with couldn’t be more of a 90s extreme – a Terminator-esque mysterious time-traveler with a glowing eye, a metal arm, a lot of guns, and a set of shoulder pads that tripled the apparent width of his frame.

Cable (and Liefeld) lead the New Mutant team out of passivity and lower sales to be one of Marvel’s biggest phenomenons, shedding all but three cast members in the process and relaunching as mega-seller X-Force.

However, something even more interesting was going on with Cable thanks to the plot in another X-book – X-Factor. In the wake of X-Tinction Agenda, X-Factor saw Cyclops’s son with Mr. Sinister’s Jean Grey clone Madelyne Pryor being kidnapped to the moon and infected with a techno-organic virus by former Sinister mentor Apocalypse before being whisked off to the future by Sister Askani.

Was it intention or coincidence that a telekinetic baby who was the heir apparent to the X-Men franchise was infected with a metallic virus and sent to the future just months after a time-traveler with a missing eye and a metallic arm with hints of telekinesis landed in the present? It didn’t matter, because fan’s obsessions with the idea that Cable could be Cyclops’s son quickly took over and made the character more in-demand than he was before!

That sort of long-term, interconnected, soap opera plotting is what a major part of what makes X-Men comics great. However, Cable’s subsequent adventures offer the insufferable underbelly of X-Men – constantly revised powers, convoluted time travel, unendingly retconned secret agendas, and multiple apparent deaths. Even as a Cable fan it’s hard to say what his current mission is or how many more intermittent jumps to the future he’s conducted since his last appearance.

Despite that, Cable has been central to some major blockbusters in the past few decades – including an co-headling with Deadpool, driving both Messiah Complex and Second Coming, and in 2015 anchoring the Avengers “Unity Squad” along with big-league characters like Captain America, Rogue, Human Torch, and Quicksilver – oh, plus his old buddy, Deadpool.

That Deadpool relationship is no small part of Cable’s lasting appeal – while he’s a militant curmudgeon on his own, as the Merc With a Mouth’s eternal straight man it’s a little easier to see the heart of gold that makes him so central to the X-Men over 25 years after his debut.

END_OF_DOCUMENT_TOKEN_TO_BE_REPLACED

There’s only one of these books released each month, so these are the big bombshells from the announcements. END_OF_DOCUMENT_TOKEN_TO_BE_REPLACED

Today I’ve got numbers #35 through 30 of the Most-Wanted Marvel Omnibus secret ballot by TigerEyes. I covered #40-36 in the last installment.

This group of contenders are all returning Top 50 votes from last year’s survey save for one, which weirdly has vaulted onto the survey after being collected for the first time (usually that sort of thing takes the edge off of people’s desire for an omnibus).

Do you own an oversized tome of your favorite character’s comic books? My Marvel Omnibus & Oversized Hardcover Guide is the most comprehensive tool on the web for tracking Marvel’s hugest releases – it features details on every oversize book, including a rundown of contents and if the volume is still readily available for purchase.

Here we go with #35 through 31! END_OF_DOCUMENT_TOKEN_TO_BE_REPLACED