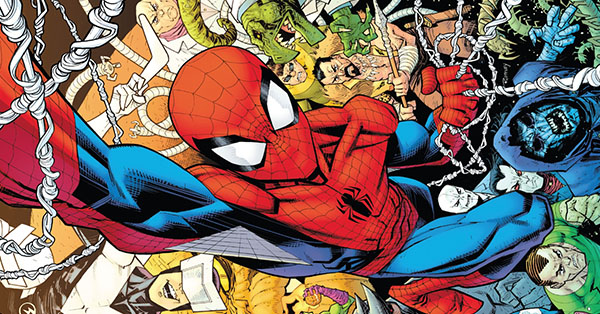 That’s a lot to wrangle when I want to add just one new collection! END_OF_DOCUMENT_TOKEN_TO_BE_REPLACED 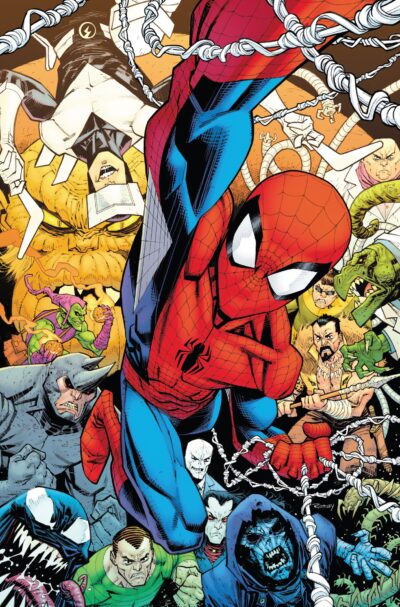 Even if he’s occasionally replaced by a clone or the mind of a villain, he’s a consistent seller who will always have at least one flagship title at the center of Marvel’s publishing line. That title has always been called “Amazing Spider-Man” with only a single exception in the past 60 years.

From 2010 to 2018, that title was written exclusively by Dan Slott. Slott wrote Amazing Spider-Man through three volumes, plus the exception of Superior Spider-Man from 2011 to 2014. (In fact, Slott began writing Spidey even earlier than that, as part of a rotation of writers.)

That made the 2018 re-launch of a fifth volume of Amazing Spider-Man as part of the Marvel Fresh Start era a big deal! It was the end of Dan Slott’s reign over the book, and the firts truly fresh jumping-on point for Spider-Man in close to a decade.

That title was helmed by writer Nick Spencer for a massive three-year run that shipped two, three, and sometimes four issues a month for a total of over 87 comic issues in three years! Then, in the same volume number, a rotation of writers took over for the “Beyond” story arc featuring Ben Reilly back in the Spider-Man mask.

After that, Amazing Spider-Man relaunched into a sixth volume by Zeb Wells and John Romita Jr. in 2022, which roared past A.X.E. Judgment Day to have its own X-Men crossover with “Dark Web” before heading into a major 2023 event – “Summer of Symbiotes.”

However, Peter Parker wouldn’t be Marvel’s flagship hero if he was restrained to just one book – even with that book sometimes shipping multiple issues a week.

Every one of them are in this guide! Titles are grouped based on the current flagship title that was running when they were released, even if their reading order might place them slightly earlier or later.

END_OF_DOCUMENT_TOKEN_TO_BE_REPLACED

Patrons of Crushing Krisis currently have access to… END_OF_DOCUMENT_TOKEN_TO_BE_REPLACED

They’re the 17th, 18, & 19th chapters of X of Swords, and it’s all about duels and double-crosses. We discuss Sinister’s duplicitous plans, ponder whether we’re eager to see the resurrection process go awry, and charge through a lightning round chat about EVERY ONE of the tournament match-ups this week.

Plus, Fariha brings along a special surprise!