It’s time for the biggest of the Green Lantern guides for ALL Patrons of CK – and I’m certain there isn’t another one on the internet anything like it! 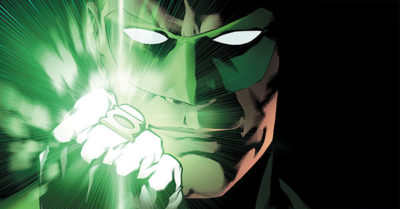 In this case, I’m firmly in the latter camp.

Part of what was causing me to drag my feet on this guide was that Hal Jordan didn’t seem at all fascinating to me. He was a space cop, went mad with power, and then got redeemed because people love their Silver Age dudes. Plus, that last bit has been obsessively covered by many other websites who actually like this character.

What more was there to know? What could I possibly add?

I found that both of those questions were answered by the same two facts.

First, because Hal Jordan wasn’t altered much (if at all) by Crisis on Infinite Earths, the internet is not obsessed with dealing with his Post-Crisis retcon chronology. Yet, there’s actually an interesting sequence of almost a dozen series published after Crisis that fit prior to his 1990 ongoing return.

I didn’t think it would be too big a deal to list these in story order with some context attached, but I just skimmed five of the top Green Lantern guides on the web and none of them have these details in full.

Second, Hal’s transformation from Lantern to Parallax to The Spectre back to Hal. I only saw a single guide get close to really nailing this story order – and it didn’t give any context!

I’ve never understood this sequence of events before and it’s never been collected succinctly in one place. I assumed that DC wanted to rehabilitate him and just rammed him into their spot as The Spectre so he could atone for his many sins.

That’s not quite how it happened. END_OF_DOCUMENT_TOKEN_TO_BE_REPLACED

Unlock with Patreon
Already a qualifying Patreon member? Refresh to access this content.
To view this content, you must be a member of Peter's Patreon at $1 or more 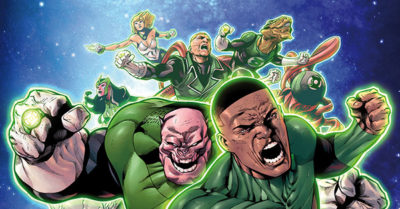 This weekend, I decided that one way or another this Green Lantern guide was going to get done before a new week began. I researched. I linked. I found images. After a full 12hrs of nothing but Green Lantern, I finally finished. And the guide was unreadable. It wasn’t quite the mess of my legendary Spider-Man guide, but it was close. END_OF_DOCUMENT_TOKEN_TO_BE_REPLACED